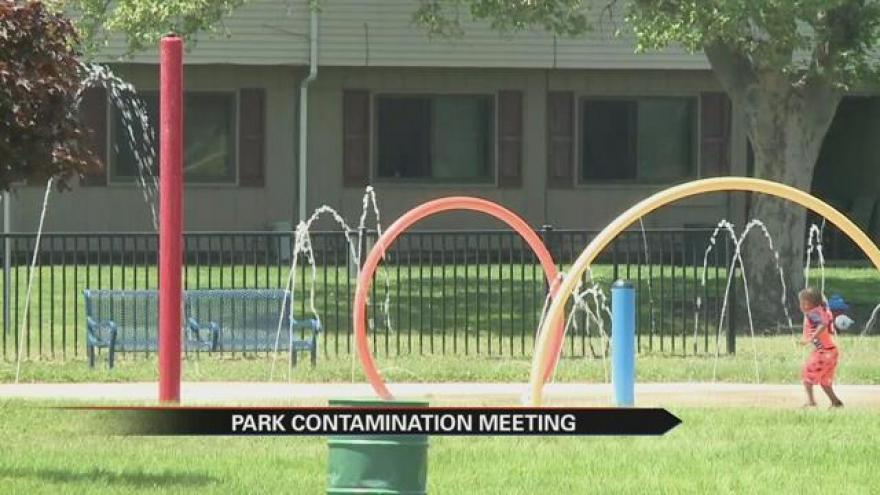 A popular South Bend park could be contaminated.

This prompted a meeting between the environmental protection agency, the city of South Bend, Honeywell Corporation, and residents in the neighborhood Tuesday evening.

“This is an issue that’s been on hand for some time and we would like to know,” Vice President of LaSalle Park Neighborhood Alliance Marvin Crayton said.

Crayton built a home near LaSalle Park 45 years ago.

He now heads the LaSalle Park Neighborhood Alliance and is anxious to find out if the park is safe for public use.

The park is positioned in a historically black neighborhood.

And according to the EPA, it is located on a former industrial dump, where the Bendix Corporation potentially disposed of asbestos, solvents, and arsenic contaminated waste between the 1930s and 1950s.

It’s led the EPA to add LaSalle park and beck’s lake to its list of Superfund sites, meaning a site contaminated with hazardous substances and pollutants.

The EPA will close off sections of the park to conduct testing this summer.

Residents and neighborhood leaders discuss their hope for the future.

“If the EPA comes back and says whether the land is contaminated or not. We don’t know. Again this is a conversation that has taken place and happened for the last five years. So we would like to have something take place that’s definite so we can move on with our lives,” said President of Lasalle Park Neighborhood Alliance Henry Davis Junior.

The EPA says there is no imminent threat to public health.