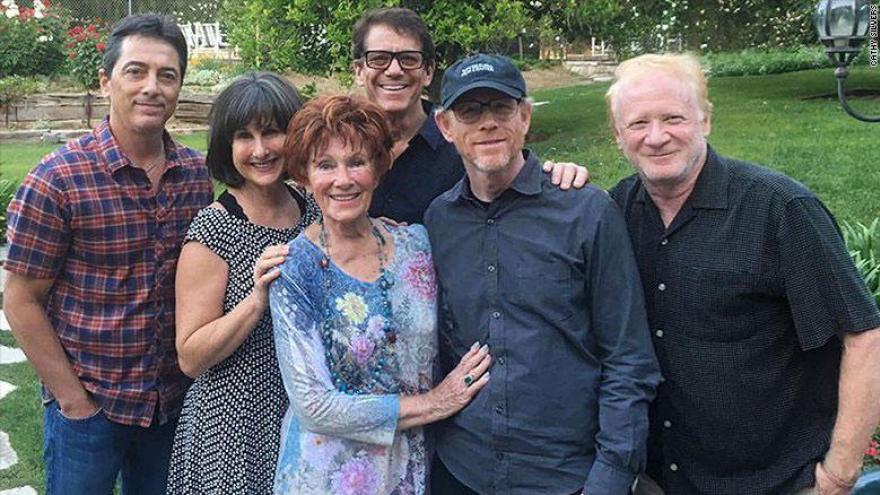 The photo was captioned, "Celebrating the life of #ErinMoran #HappyDaysFamily."

Howard recently spoke out about the loss of his on-screen sister saying he had "no idea" she was sick.

"It's been a rough time," Howard said on "The Talk." "The Erin event really did hit hard. I had no idea she was ill whatsoever. She was always the kid on the set, in a way. When I think of her then, which is how I choose to think of her, she was this feisty, spirited little girl."

Moran died on April 22 from complications of cancer.