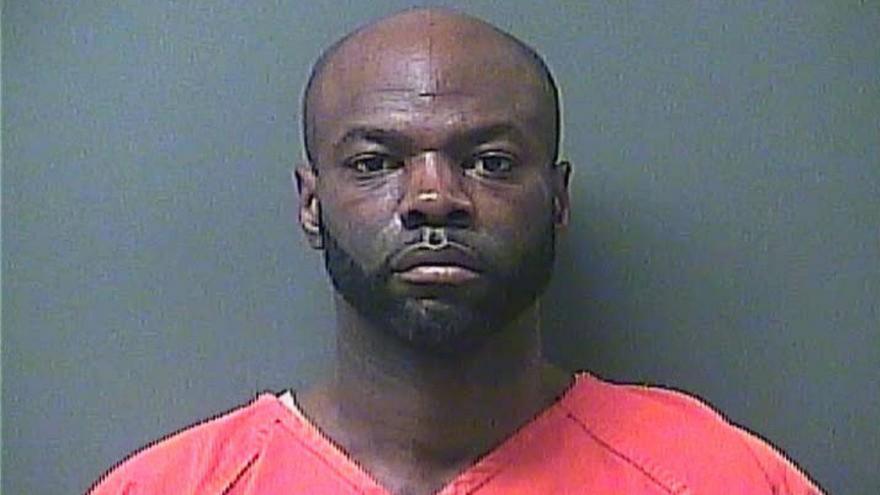 LA PORTE COUNTY, Ind. – A La Porte County inmate has been charged after he allegedly escaped the county jail and was found nude in the city.

At 11:20 p.m. on May 10, an on-duty officer with the City of La Porte Police Department was approached by a man who told him there was a naked man crawling around outside of an apartment building in the 600 block of Lincolnway.

When officers arrived to the apartment building, they came across a man, later identified as Desmond L. Robinson, sitting on the ground naked and wrapped in a blanket.

An officer saw Robinson had blood under his bottom lip and on the blanket he had wrapped around him.

When the officer asked Robinson for his name, he identified himself as “Robinson.”

The officer asked Robinson what he was doing and Robinson said he was “chilling.”

When he asked where his clothes were, Robinson said he didn’t have any and said he was homeless.

Robinson also said he was thrown out of a vehicle and had broken both of his ankles and couldn’t walk, reports said.

Medical personnel arrived to the scene to evaluate Robinson per his request.

It was at this time that city officers learned an inmate had escaped from the jail.

He said he kicked out a window that was already partially opened and then slid out and slipped, injuring his ankles.

After he got out, Robinson said he crawled over to the area where officers found him.

Robinson was taken from the scene for treatment of his injuries.

During an interview on May 11, Robinson admitted to escaping from a window of the jail the night before, reports said.

He said no one helped him escape or knew he was escaping.

Robinson was charged with escape and criminal mischief.