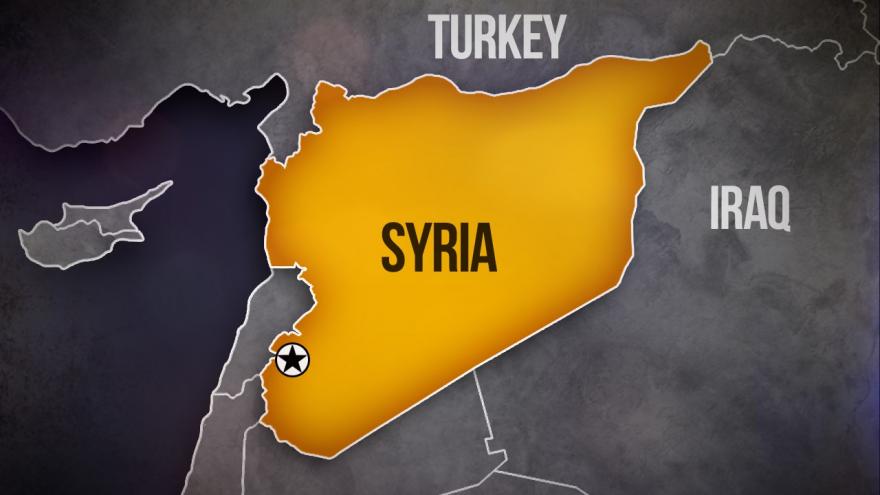 The defense secretary confirmed that the U.S. will send in an armored force to the region, but he did not provide details or the number of troops.

His comments at a news conference at NATO headquarters in Brussels reflected one more change in what has been a rapidly shifting U.S. stance on American forces in Syria.

Just last week, President Donald Trump insisted that all 1,000 American forces in Syria would leave the war-torn country. Then he acknowledged that a couple hundred would stay at the al Tanf garrison in the south.

In tweets Friday, Trump said "Oil is secured. Our soldiers have left and are leaving Syria for other places, then.... COMING HOME! ... When these pundit fools who have called the Middle East wrong for 20 years ask what we are getting out of the deal, I simply say, THE OIL, AND WE ARE BRINGING OUR SOLDIERS BACK HOME, ISIS SECURED!"

But Esper said at NATO that the U.S. is "considering how we might reposition forces in the area in order to ensure we secure the oil field." He added: "We are reinforcing that position. It will include some mechanized forces."

The U.S. official who send the deployment probably would include tanks offered no more details. This official was not authorized to discuss internal discussions about military planning and spoke on condition of anonymity.

He said the U.S. wants to ensure that Islamic State militants do not get access to the oil, which could give the insurgent group to obtain resources to rebuild.

Trump in the past days has turned a greater focus on the Syrian oil facilities in the eastern part of the country, saying U.S. will stay in Syria to protect them.

According to officials, top military leaders have pushed for the U.S. to leave forces in Syria to guard against an IS resurgence. While the group's physical zone of control was largely destroyed by U.S. and Syrian Kurdish forces, insurgents remain in small pockets throughout the country and in Iraq.

Russian and Turkish leaders have now divided up security roles in northeast Syria following America's abrupt troop withdrawal from the Turkey-Syrian border region. The American move triggered widespread criticism that the Trump administration had abandoned the Syrian Kurdish fighters who fought alongside the U.S. against IS for several years.

Trump spurred a fresh wave of condemnation when he tweeted Thursday that he had spoken with Syrian Kurdish military chief Mazloum Abdi and said that perhaps "it is time for Kurds to start heading to the Oil Region." That was an apparent reference to the oil fields in Deir el-Zour. U.S. military commanders see that region as critical to holding off an IS resurgence there.

"We've secured the oil, and, therefore, a small number of U.S. troops will remain in the area where they have the oil," Trump said. "And we're going to be protecting it, and we'll be deciding what we're going to do with it in the future."

White House officials did not respond to requests for greater clarity about Trump's tweet suggesting Kurds head to the oil region.

The Pentagon released a statement Thursday saying it was committed to sending additional military forces to eastern Syria to "reinforce" control of the oil fields and prevent them from "falling back to into the hands of ISIS or other destabilizing actors."