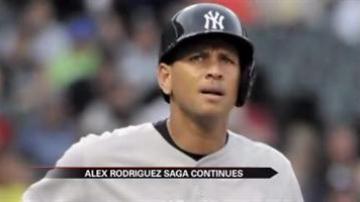 According to ESPN, in a letter sent to Rodriguez's attorney, they said they were willing to waive the confidentiality clause in the league's drug-testing policy.

This means that any communication related to Rodriguez and his case could be made public.

Despite this, Rodriguez's attorney maintains the player's innocence.

The Yankees will play their next game Tuesday against the Toronto Blue Jays in New York.