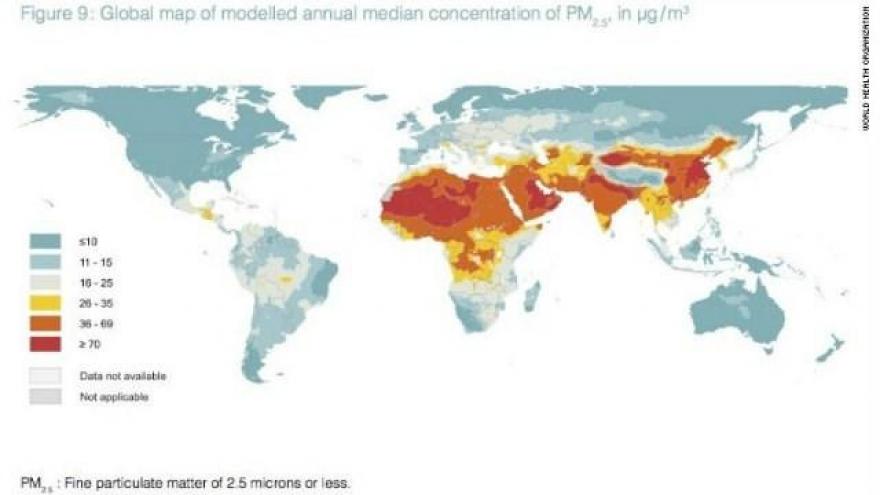 Nitrogen dioxide pollution, much of it caused by road traffic, represents a serious health risk.

If Germany, France, Spain, Italy and Britain fail to respond satisfactorily to the warning within two months, the Commission could take the matter to the Court of Justice of the European Union.

"While it is up to the Member State authorities to choose the appropriate measures to address exceeding NO2 limits, much more effort is necessary at local, regional and national levels to meet the obligations of EU rules and safeguard public health," the Commission said.

The European Commission is currently involved in legal action over nitrogen dioxide breaches against 12 member states in total. Final warnings could also be issued to Austria, Belgium, the Czech Republic, Denmark, Hungary, Poland and Portugal in the coming months if they don't respond satisfactorily to notice of infringements.

Nitrogen dioxide pollution caused almost 70,000 premature deaths in Europe in 2013, according to the European Commission statement. This was almost three times as many deaths as occurred in road accidents in the same year, it said.

Road traffic is the cause of around 40% of nitrogen oxide emissions in the EU, it said, with about 80% of that coming from diesel-fueled cars.

The impact of road traffic pollution at ground level is disproportionately greater because emissions from industrial stacks are diluted before reaching the ground, it added. Another source of nitrogen dioxide is fuel burned to heat homes.

The measures countries can take to cut polluting nitrogen dioxide emissions include reducing road traffic volume, encouraging a switch to electric cars and limiting the use of diesel cars.

The European Commission has also opened legal action against 16 member states over breaches of limits on particulate matter, or PM10, with cases against Bulgaria and Poland currently before the EU Court of Justice.

Particulate matter, from road traffic, agriculture and industrial emissions, is also a risk to health.

Only five of the 28 EU member states -- Ireland, Estonia, Malta, Cyprus and Latvia -- did not infringe EU limits on air quality in 2014, a European Commission spokeswoman said.