Europe bakes through heat wave like none other in history

While we've been treated to a beautiful week of sunshine, comfortable temperatures and low humidity, Europe has been going through an extreme heat wave...again.

An astonishing 12 countries across Europe have seen record-breaking temperatures so far this summer. 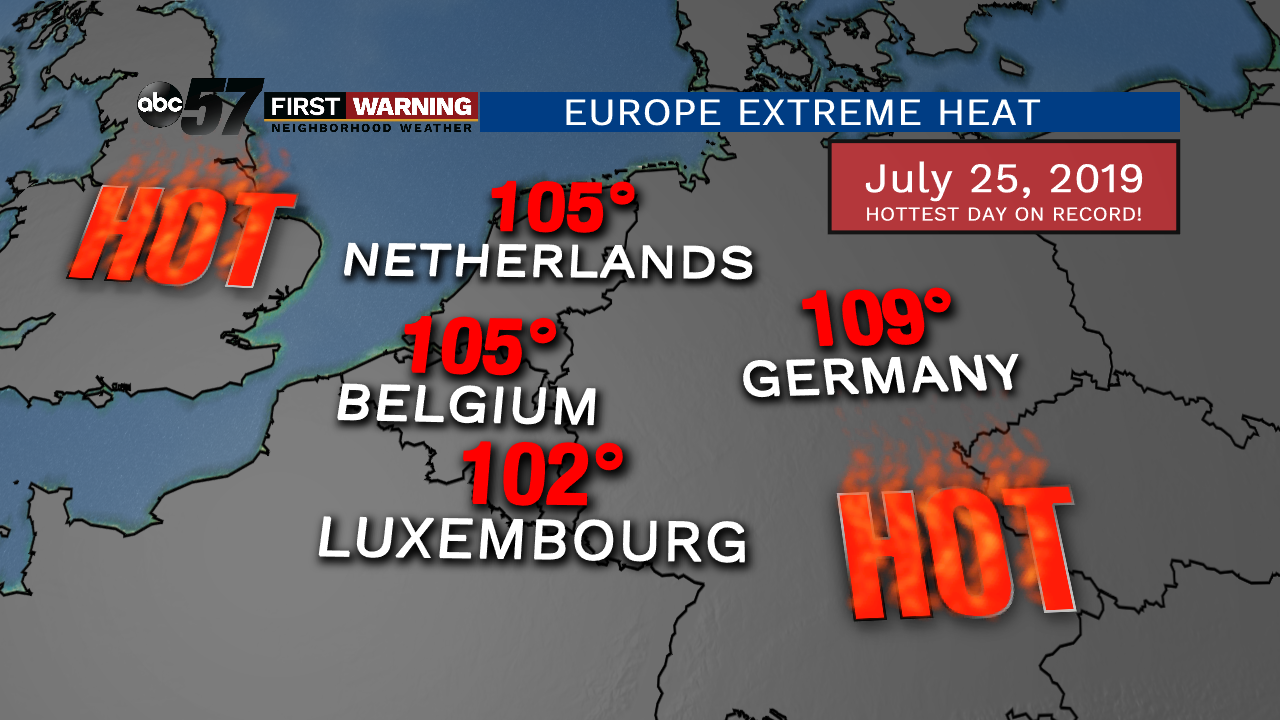 All-time record high temperatures set on July 25th.
The latest blast of scorching heat left four countries with their hottest temperature ever recorded. The Netherlands and Belgium both soared to just over 105° on Thursday.

Meanwhile, a location in Germany reached a country-wide record of 108.7°! 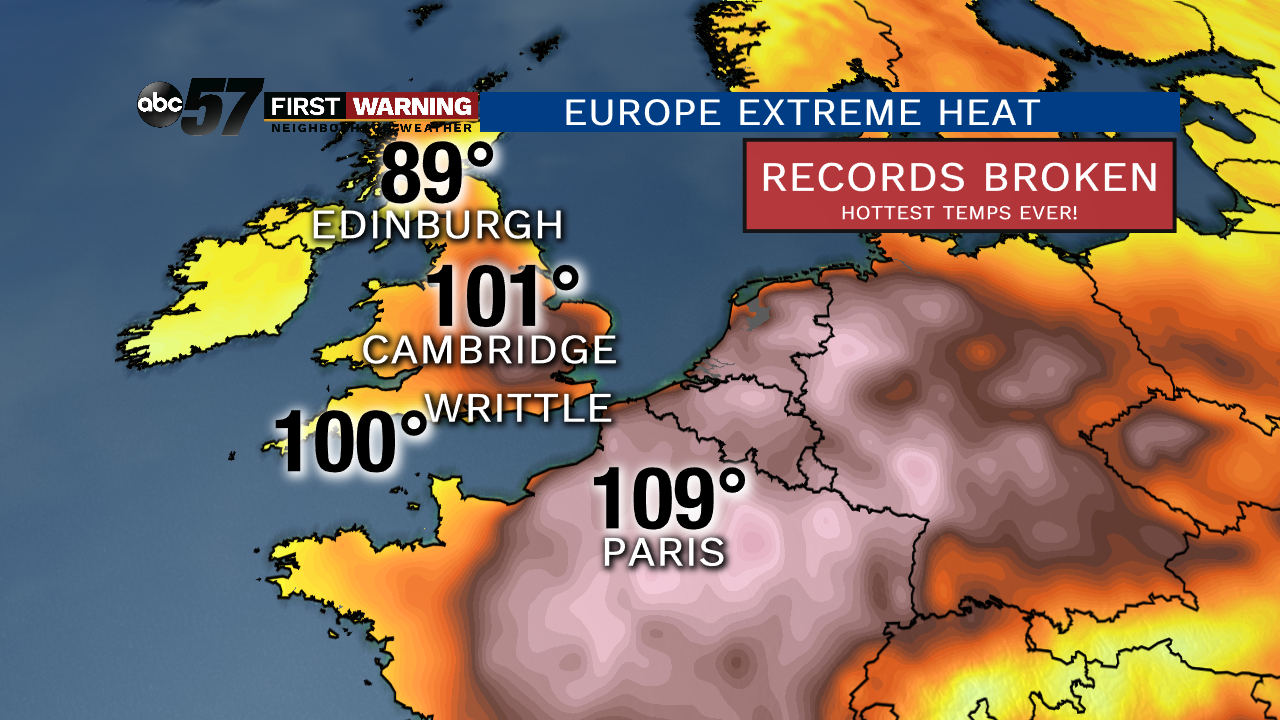 Edinburgh, Scotland, reached 88.9°, which is the hottest temperature in the history of Scotland.

Thursday was the third straight day of record-breaking heat in what is the second intense European heat wave of the summer.

By Saturday, the heat wave is expected to end for most of the continent as cooler air arrives from the northwest, bringing showers and thunderstorms to many areas.