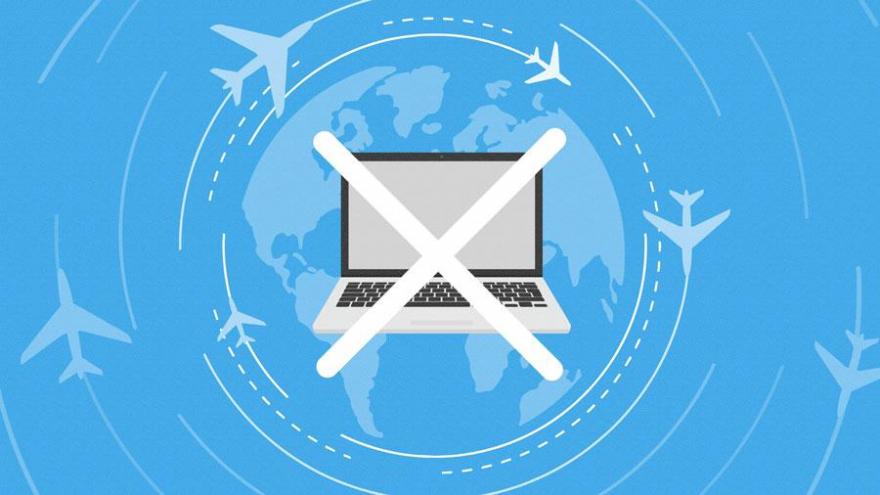 LONDON (CNNMoney) -- Europe has warned the U.S. that imposing a laptop ban on transatlantic flights could pose a risk to safety.

The Trump administration is considering banning large electronic devices from the cabins of flights from Europe, extending restrictions imposed earlier this year on flights from 10 airports in the Middle East and Africa.

Passengers on flights covered by the restrictions are required to carry anything bigger than a smartphone in checked baggage. But aviation experts say storing large numbers of devices with lithium batteries in the cargo hold constitutes a fire risk.

The spokesperson described the call as "a very constructive exchange of views" and said the EU had invited U.S. officials to Brussels next week for talks "to jointly assess the potential risks and review future measures."

The European Aviation Safety Agency warned a little over a month ago against storing a large number of electronics in the cargo hold.

"[Personal electronic devices] containing lithium batteries are considered as dangerous goods. When carried by passengers, they should preferably be carried in the passenger cabin," the EASA said.

Aviation experts worry about how lithium batteries are stored because they can produce fires that are extremely difficult to put out with on-board fire extinguishers.

The risk is documented. Two Boeing 747 crashes -- a UPS freighter in 2010 and an Asiana Cargo plane in 2011 -- happened after fires broke out in the cargo holds. Those were traced to palettes of lithium ion batteries.

Extending the U.S. restrictions on electronics in the cabin from the Middle East to Europe would have a significant impact on the aviation industry. Roughly 40% of overseas travelers to the U.S. come from Europe, crossing the Atlantic on more than 350 flights a day.

U.S. airlines have in recent days been pushing the Department of Homeland Security to find less disruptive alternatives, according to a source familiar with the discussions.