Ex-boyfriend charged in the murder of Ashley Starr 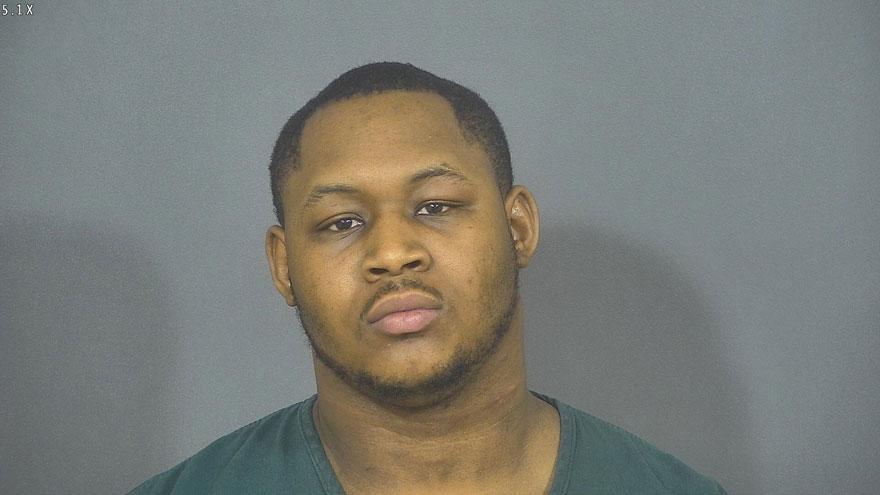 Murder charges have been filed against the former boyfriend of Ashley Starr, who was stabbed to death on March 10, according to court records.

Marshun Lloyd, 25, has been charged with one count of murder.

Starr's sister Tia went to Starr's home on Huron Circle on March 10 after she failed to show up for work that morning.

When Tia arrived at the residence, she found the interior door open and Starr lying on the floor, covered in blood, according to the probable cause affidavit.

Starr was pronounced dead at the scene. Her cell phone showed she sent a text message at 1:46 a.m.

Investigators with the County Metro Homicide Unit learned Starr's ex-boyfriend, Marshun Lloyd, had threatened Starr in the past.

Neighbors reported seeing a stocky black male with a red or maroon car outside Starr's residence around 11 or 11:30 p.m. on March 9th. They said the man was outside yelling and a woman yelled back something to the effect of "You're not coming in," according to the probable cause affidavit.

Police interviewed a woman with whom Lloyd has a child. She said Lloyd had been with her on March 9th until about 11 or 11:30 when Lloyd left in her maroon Pontiac, reports said.

Around 2 or 3 a.m., she told police Lloyd called her and said Starr had called him and asked him to come over.

Phone records show a call from Lloyd's number to the woman's number at 2:08 a.m. originating from Huron Circle, according to the probable cause affidavit.

When Lloyd returned to her home between 3 and 5 a.m., she told police Lloyd was wearing different clothing and had a cut on his pinky that was bleeding, according to the probable cause affidavit.

Lloyd went to sleep, then when he woke up he told the woman they needed to get the kids and they took an unscheduled trip to Gary, Indiana.

Lloyd was taken into custody on March 14 in Gary by the US Marshal's Service on outstanding warrants.

The investigation revealed Lloyd's phone was in the cell sector of Huron Circle on March 9th from 11:20 p.m. until the 2:08 a.m. phone call.

His cell did not connect to another tower until 4:53 a.m. when it was in the sector of his residence, according to reports.

The maroon Pontiac was located at a dealer in Merrillville where the woman was in the process of trading it in at Lloyd's insistence, reports said.

In the vehicle, a small blood stain was located. A DNA test showed the blood was consistent with Starr's DNA.

Lloyd was charged with one count of murder on March 28. He will be arraigned on March 29.