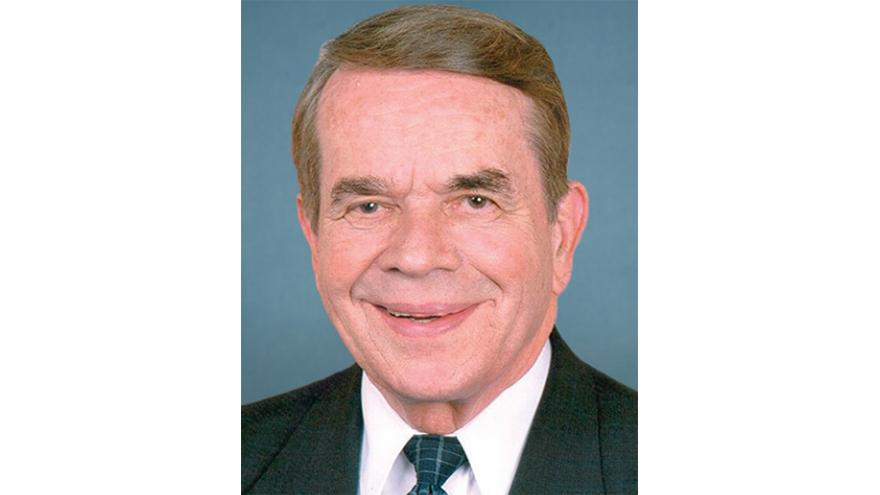 Kildee's death was announced Wednesday by his nephew, Rep. Dan Kildee, who succeeded him after his 2012 retirement.

Dale Kildee, a Democrat, was first elected to the House in 1976 and represented Flint and surrounding areas.

Dan Kildee says Dale Kildee — a former teacher — was always proud that he was from Flint and was passionate about improving others' lives through education, learning and mentorship.

“Dale Kildee was a powerful, passionate, and hard worker for our state and his interests were much larger than just his congressional district. He was one that could ‘cross the aisle’ to get things done and was honest as the day is long.”

Governor Gretchen Whitmer released the following statement after the passing of Dale Kildee, a former Michigan congressman and state legislator.

“Congressman Dale Kildee was a tireless public servant and proud Michigander. He served his community in the state legislature for over a decade and in the U.S. House of Representatives for 35 years, where he advocated fiercely for the automotive industry and workers, led successful efforts to reform education, and expanded access to financial aid for college. Dale started the Native American Caucus in Congress and admirably represented Mid-Michigan during his time in office, uplifting local families, communities, and small businesses. He served students in the classroom, his community in the state capitol, and constituents in DC—where he rarely missed a vote in 35 years. A lifelong Michigander, his passion for working people was clear in the work he did every day. He made our state and country a better place. My thoughts are with his family, including his nephew, Congressman Dan Kildee who succeeded his uncle in the U.S. House of Representatives. Dale, we miss you.”