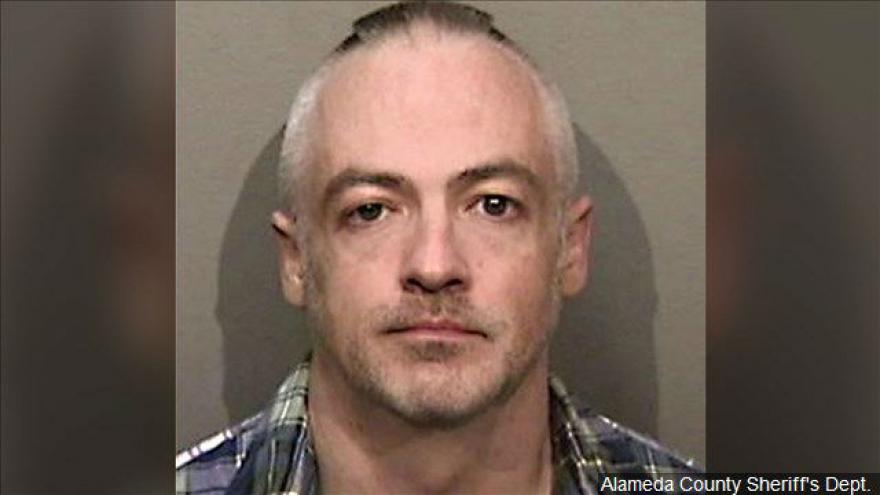 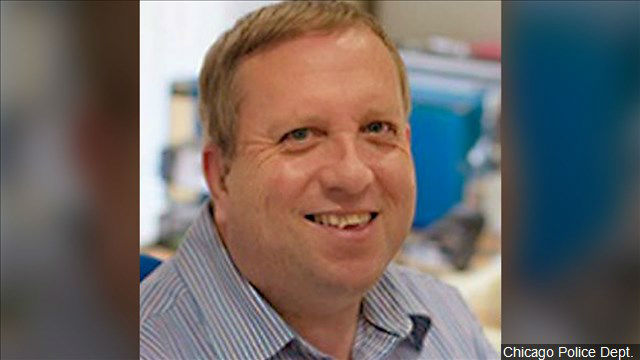 (CNN) -- Police have formally charged a former Northwestern University professor and an Oxford University employee with first-degree murder in the July stabbing death of a 26-year-old cosmetologist, Chicago police and the US Marshals Service said Sunday.

Ex-professor Wyndham Lathem and Andrew Warren were extradited Friday to Chicago from Northern California after their arrests earlier this month in what Chicago Police Superintendent Eddie Johnson called the "savage and grisly" killing of Trenton Cornell-Duranleau.

After the killing, US marshals tracked the men from Chicago to Wisconsin to California before negotiating their surrenders through an attorney, US Marshal Donal McCarthy said.

Lathem was arrested in Oakland, and Warren turned himself in in San Francisco, the marshal said.

"What I can tell you, it was not domestic in nature -- like a husband/wife or boyfriend/boyfriend or love triangle -- that was not the motive. It was a little bit more dark and disturbing," Chicago police Detective Cmdr. Brendan Deenihan told reporters.

He would not elaborate, citing an upcoming bond court hearing for the suspects.

A judge ordered the men held without bond after prosecutors alleged the two killed Cornell-Duranleau as part of a sexual fantasy of "killing others and then themselves" that Lathem and Warren hatched in an online chat room, CNN affiliate WGN reported.

"At this point, police are done and everything is in the hands of the Cook County state's attorney," Chicago police spokesman Anthony Guglielmi told CNN.

Lathem, 43, and Cornell-Duranleau were boyfriends, Deenihan said, and Warren, 56, allegedly met Lathem over the Internet before traveling to Chicago several days before the slaying. Lathem picked up Warren at O'Hare International Airport, Deenihan said.

Around 5 a.m. on July 26, witnesses heard fighting and screaming coming from Lathem's apartment, Deenihan said. The next day, a doorman for the apartment building received a call, possibly from Lathem, urging him to check the apartment, the detective said.

There, police found Cornell-Duranleau dead from multiple stab wounds, Deenihan said. According to prosecutors, who cited the findings of the Cook County Medical Examiner's Office, Cornell-Duranleau had been stabbed 70 times, WMAQ reported.

Police found two knives at the scene, one with a broken blade, Deenihan said. The broken knife is believed to be the murder weapon, a high-ranking police official told CNN earlier this month.

Lathem's attorney, Kenneth Wine, said earlier this month that the alleged crime is "totally contrary to the way (Lathem) has lived his entire life" and urged the ex-professor's supporters to "be patient." Lathem previously invoked his Fifth and Sixth Amendment rights, and law enforcement officials will not be allowed to ask him any questions without an attorney present.

Appearing in a red jumpsuit and acknowledging his friends and family in a California courtroom about two weeks ago, the former professor did not say much during his initial court appearance.

Lathem has been fired from Northwestern University, the school said. He's also been banned from the university's campuses in Evanston and Chicago.

In a statement, Northwestern's Vice President for University Relations Alan Cubbage said Lathem was "terminated for the act of fleeing from police when there was an arrest warrant out for him."

Speaking to reporters after the school's announcement, Wine called the move an "administrative action" that he will address "down the road."

Lathem was an associate professor of microbiology and immunology at Northwestern and joined the faculty in 2007. He had primarily researched bacteria that causes disease in humans, particularly lung infections, according to his university biography page, which has been removed.

Prior to the arrests, Lathem sent a video to his friends and family in which he talks about the biggest mistake of his life, a high-level source at the Chicago Police Department told CNN.

CNN has not seen the video and police are not releasing it, but Guglielmi, the Chicago police spokesman, said Lathem could be seen "apologizing for his involvement in the murder."

Cornell-Duranleau's death occurred the same day one of the suspects walked into the public library of Lake Geneva, a Wisconsin resort city about an hour's drive from Chicago, and made a $1,000 cash donation in the victim's name.

The alleged crime unfolded at an upscale high-rise apartment complex called the Grand Plaza Apartments in the city's River North neighborhood. Resident Richard Aili told CNN affiliate WLS he was in shock when he learned the news.

"This place is very safe," Aili said. "I've been here 14 years, and I've never heard of problems such as that."