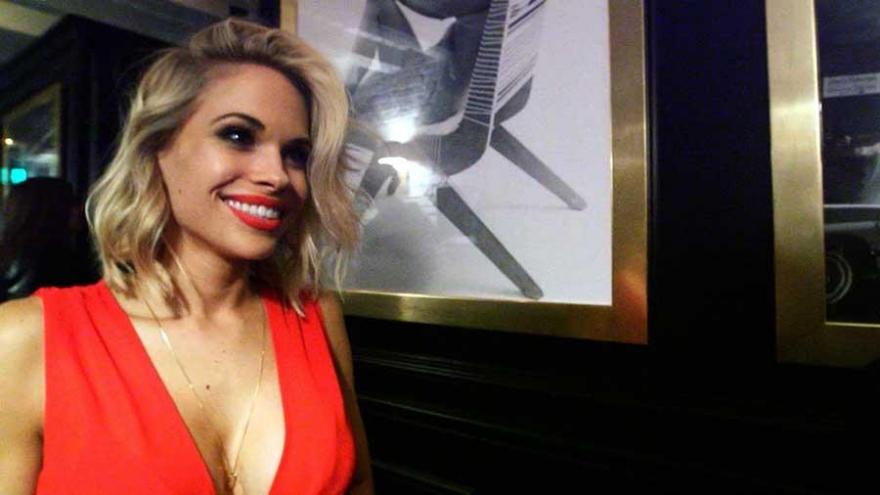 (CNN) -- A former Playboy playmate pleaded no contest on Wednesday to misdemeanor invasion of privacy for secretly taking a photo of a naked woman in a gym locker room and posting it to Snapchat.

Dani Mathers, 30, was sentenced to three years' probation and ordered to complete 30 hours of graffiti removal service. If the case had gone to trial, the model could have faced up to six months in jail.

The 2015 Playmate of the Year was criticized for "body shaming" the 71-year-old woman after secretly snapping the photo in the locker room of a Los Angeles area gym last July. Mathers posted it on Snapchat along with the text: "If I can't unsee this then you can't either." She also posted a selfie covering her mouth.

After social media backlash, the model apologized and said she intended to send the photo privately to a friend.

"I've chosen to do what I do for a living because I love the female body and I know that body-shaming is wrong and it's not what I am about," Mathers said in a Snapchat. "It's not the type of person I am."

Outside the downtown Los Angeles courtroom on Wednesday, Mathers' attorney Thomas Mesereau said the model apologized "from the bottom of her heart for what happened."

"She never thought this would come out like this. Never intended to hurt anyone," Mesereau told CNN affiliate KABC.

'Body shaming is not tolerated'

"The message today is clear: body shaming is not tolerated in the City of Los Angeles," Feuer said in a news conference. "That's crucial, because every day that picture lives online is another day of humiliation."

Feur said Mather had been clearly held accountable and hopes it can send a message to anyone "contemplating similar behavior."

California lawmakers are using Mathers' case as an example as they work to pass a bill that will increase punishment for those who take and distribute photos or videos without a person's permission.

California's SB 784 imposes an additional fine up to $1,000 for those who take and publish images of someone who is nude or partially clothed. The proposed law also will entitle victims to monetary restitution to get a picture off the internet and out of public distribution.

"This country has a growing problem of bullying through body-shaming on social media that needs to be addressed," said State Senator Cathleen Galgiani.