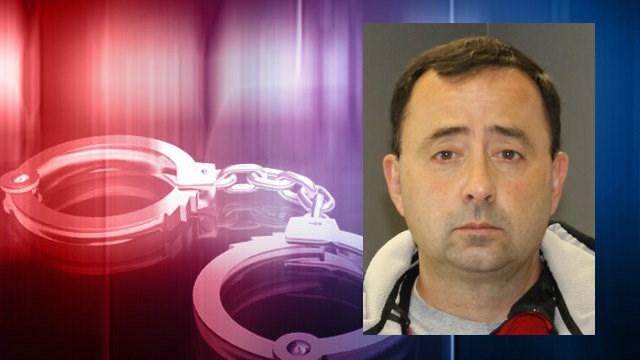 (CNN) -- The Michigan attorney general has received more than 50 additional complaints since a former USA Gymnastics and Michigan State University doctor was arrested Monday and accused of sexually assaulting female minors throughout his career.

Former USA Gymnastics physician Dr. Larry Nassar was arrested and charged with three counts of criminal sexual assault of a person under 13 years old, according to court documents. A conviction could result in a life sentence.

Officials did not detail the nature of the new complaints, including the number of victims, in a joint news conference held by Michigan State Police Chief Jim Dunlap and the Attorney General's Office on Tuesday. An investigative team will be dedicated to vetting the new complaints against Nassar, Dunlap said.

Nassar, 53, was the team physician for the Michigan State University gymnastics and women's crew teams as well as an associate professor in the College of Osteopathic Medicine. Nassar, who is married with three school-aged children, served as the USA Gymnastics physician through four Olympics.

Court documents say the sexual assault Nassar is charged with occurred between 1998 and 2005, with the first incident on July 1, 1998. The victim in that case was not a patient nor a gymnast who worked with Nassar, according to Attorney General Bill Schuette.

Schuette said Nassar stole the victim's childhood and "as a father that thought is heartbreaking."

"Her strength of character, her veracity and her courage to speak up and tell her story as she will is remarkable. She is helping others, every woman and every girl and every daughter to be strong and courageous as well," Schuette said at the news conference.

Nassar pleaded not guilty at his arraignment in the 55th District Court on Tuesday morning, said his defense attorney, Matthew Newburg.

The judge rejected the Attorney General's Office request to hold Nassar without bond, and Nassar posted bail and will be released, Newburg said.

"We did anticipate these charges being brought. We have a plan in place and we are prepared to defend him," Newburg said.

Michigan State University Police have been conducting the investigation in tandem with the Michigan Attorney General's Office. Schuette announced in early October he was reviewing sexual assault allegations against Nassar.

Schuette said his office was taking over the investigation after a request from Chief Dunlap. A news release from Schuette said Nassar is a former associate professor at the university.

"This complex case is believed to have crossed into multiple jurisdictions in Michigan, and possibly across state lines, putting the Department of Attorney General in the best position to effectively investigate and prosecute this case," the October 6 statement said.

The defense will receive discovery materials Wednesday, and a probable cause conference is scheduled for December 8, Newburg said.

USA Gymnastic coaches Bela and Marta Karolyi are facing a lawsuit alleging they "turned a blind eye to Nassar's sexual abuse of children."

The lawsuit says a gymnast, who is referred to as Jane LM Doe, was part of the US national team between 2006 and 2011. The sexual abuse began when the woman was a minor, the suit alleges. It also accuses USA Gymnastics of ignoring and/or actively concealing the alleged abuse, a charge the organization denies.

"As we previously have made clear, when USA Gymnastics first learned of athlete concerns regarding Dr. Nassar, those concerns were reported to the FBI and Nassar was dismissed from further involvement with USA Gymnastics," the statement said. "We are unable to comment further due to the ongoing FBI investigation and pending litigation."