The excessive heat warnings continue today in parts of southern Californian and Nevada, where we almost broke the maximum global temperature record over the weekend. 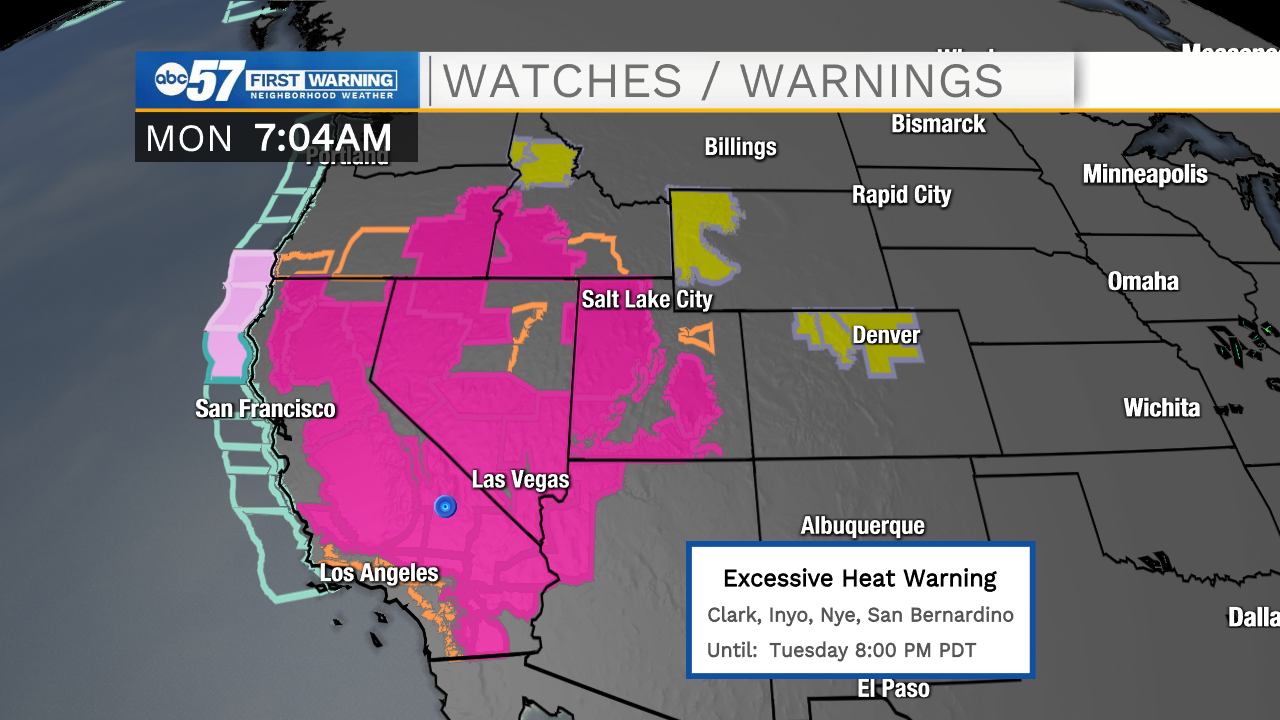 Excessive heat warnings are shown in hot pink on this map.

The hottest temperature ever on Earth was 134 degrees in Death Valley National Park. This temperature was recorded on July 10, 1913. 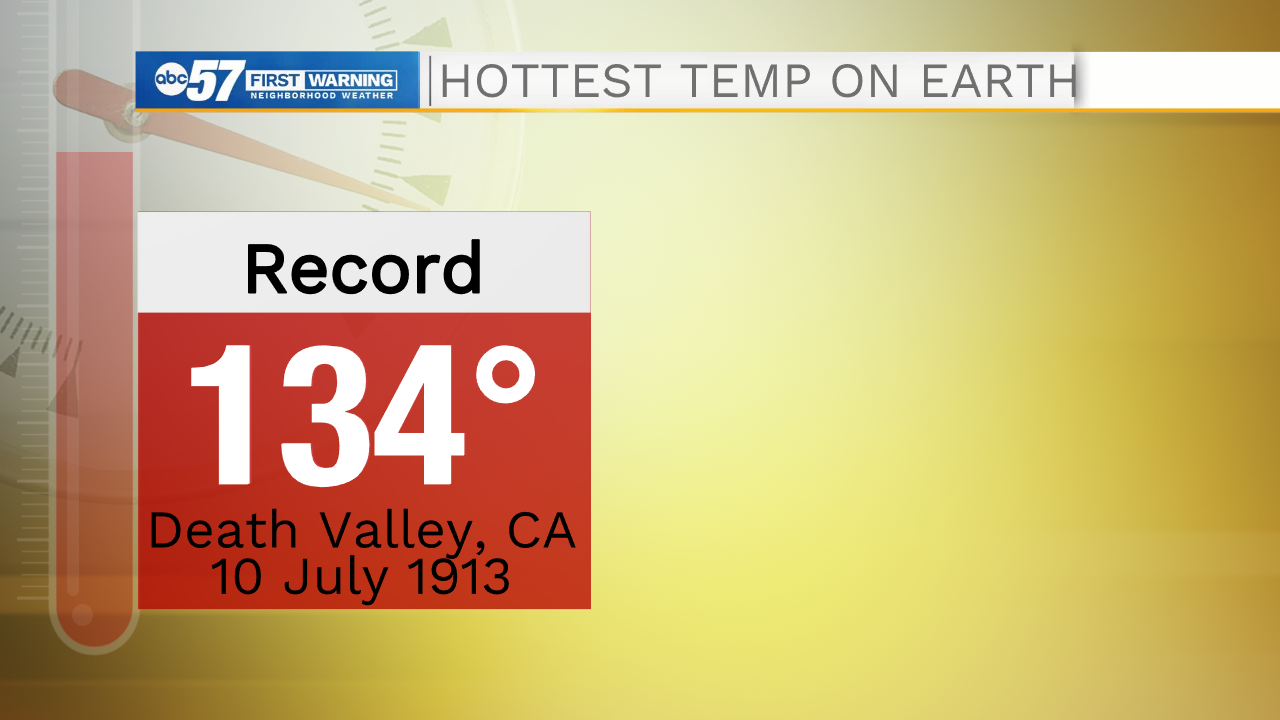 This weekend, Death Valley came very close to this record, with highs near 130 degrees Friday through Sunday. There was little relief overnight, as lows stayed around 100 degrees. 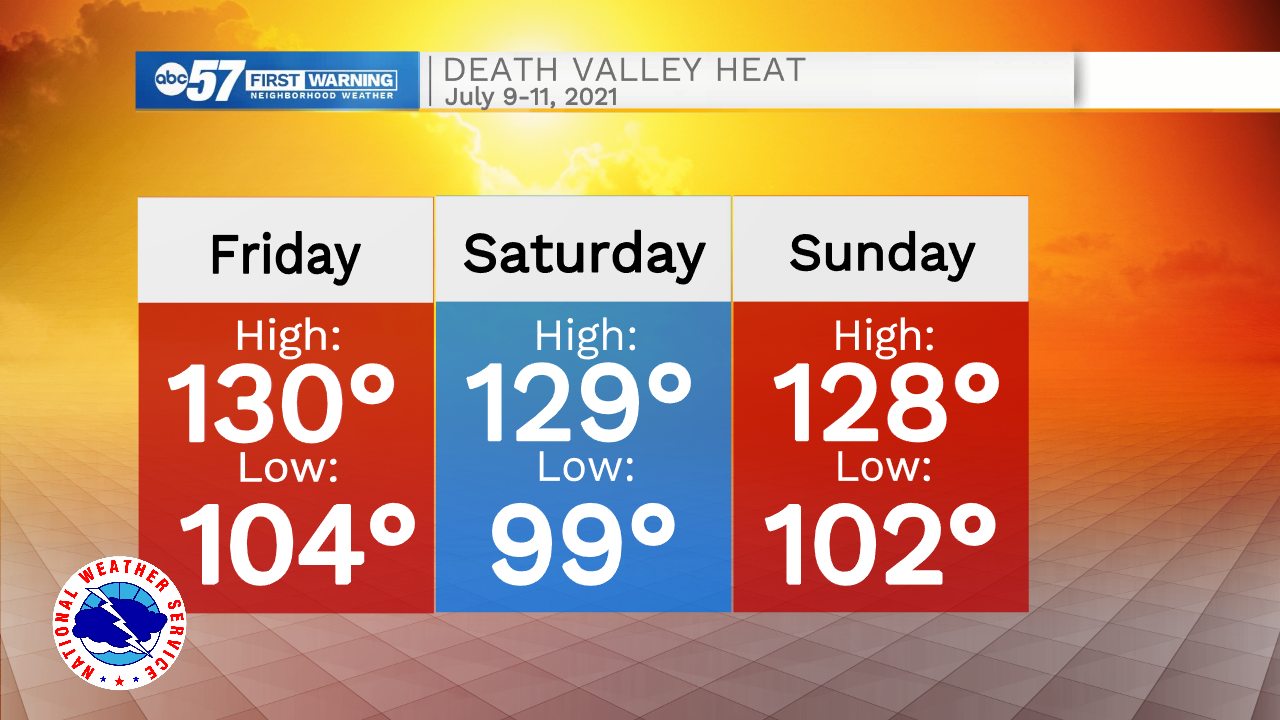 The excessive heat warnings for the area are in place through Tuesday night. The high temperature forecast for today and tomorrow are 127 and 125 degrees, respectively, so the all time record likely won't be broken.

What's the likelihood of this happening in Michiana? The hottest temperature ever recorded in South Bend was 109 degrees, which happened July 24, 1934. 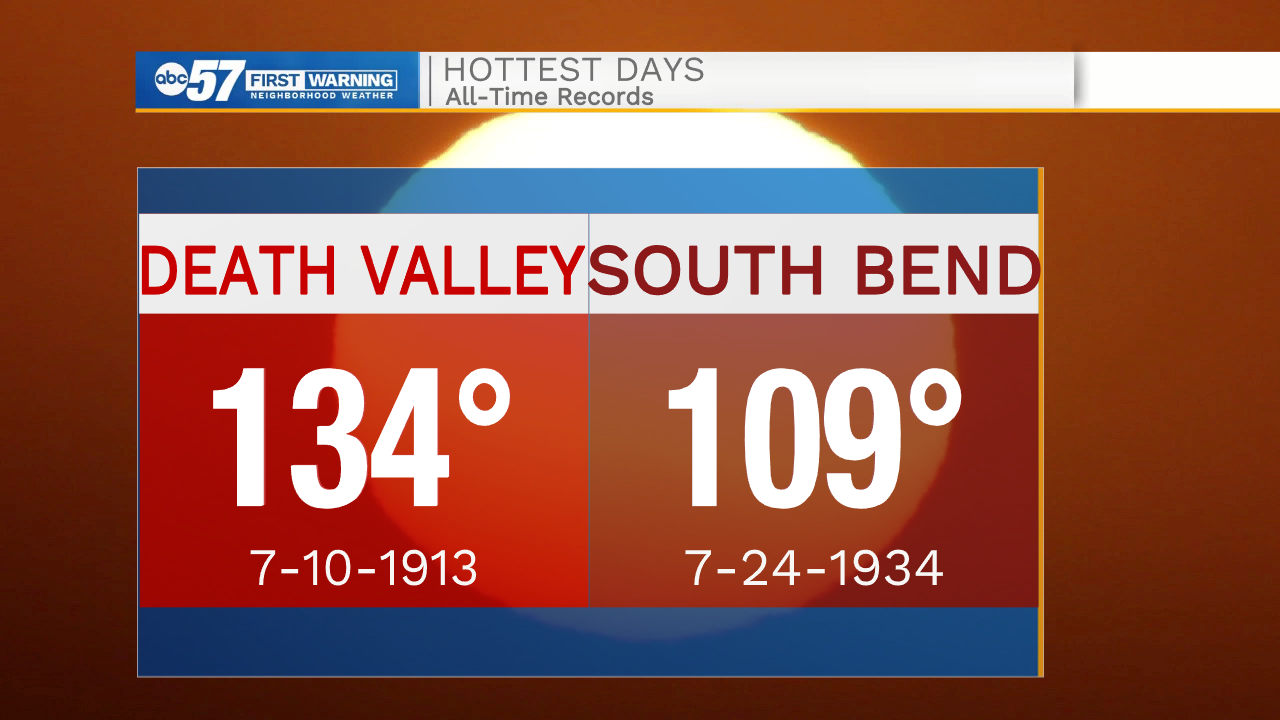 Here's the outlook for the rest of the month. Temperatures have just a 30 to 40 percent chance of being above normal. It isn't likely that we would suddenly see extreme heat like the southwest United States. 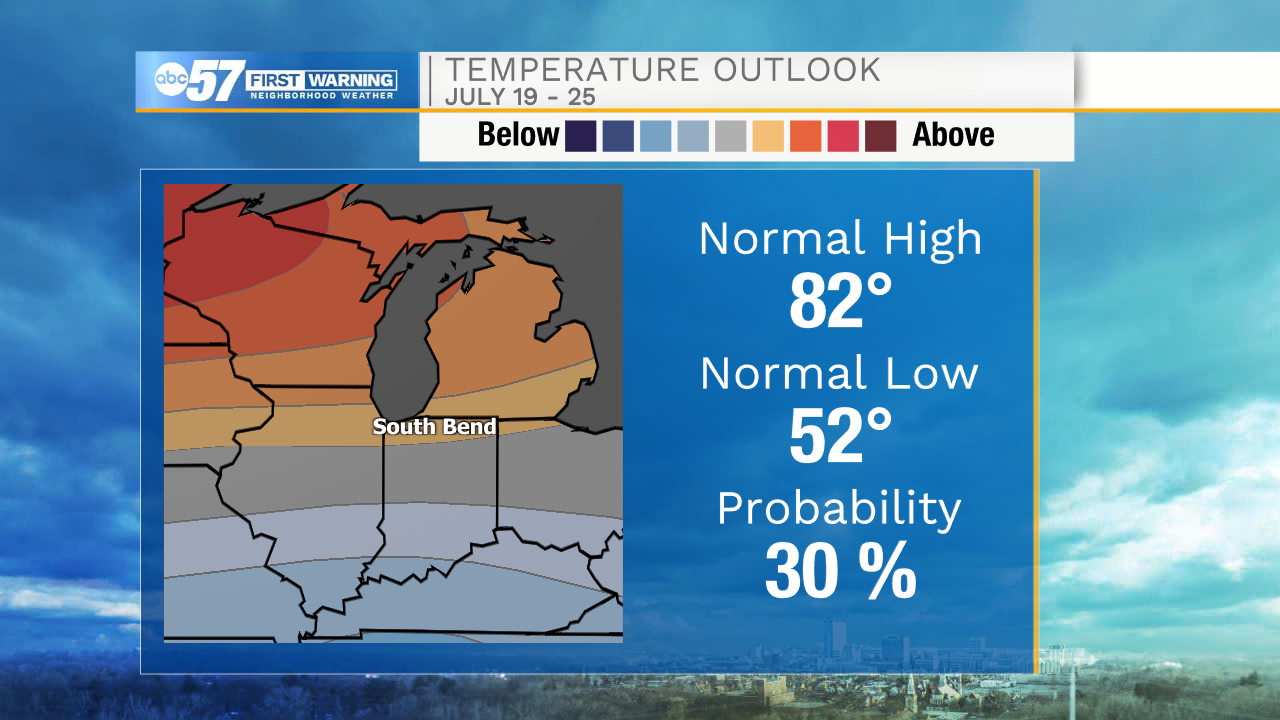 If you happen to be traveling to this part of the country, a Tweet from National Weather Service Las Vegas reminds visitors to "stay tuned, stay safe, stay smart, and stay hydrated."

Stay hydrated? Stay out of there.