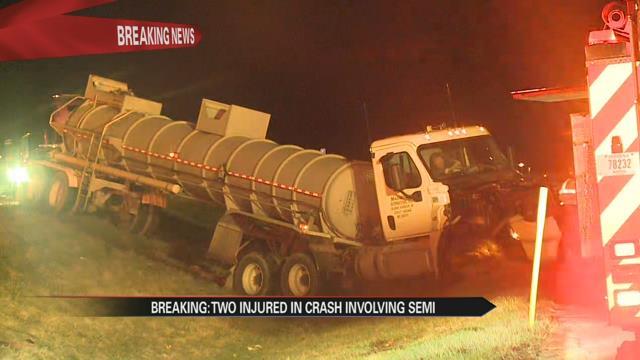 Drivers should expect delays for the next four to six hours as crews work to clear an accident scene on the Indiana Toll Road.

Indiana State Police say the accident happened around 3:40 this morning, where both vehicles were heading west not far from Juniper Rd.

Two people were injured in the car; one person had to be extracted by fire fighters. He was taken to the hospital with critical injuries. Officials say a second person in the car was also hospitalized with serious injuries.

The semi was towing acid, a hazardous material, and so the clean-up process is going to be very deliberate, and take some time.

Traffic is backed up heading west right now; police say drivers should expect stop-and-go traffic until later this morning when they can re-open the second westbound lane.