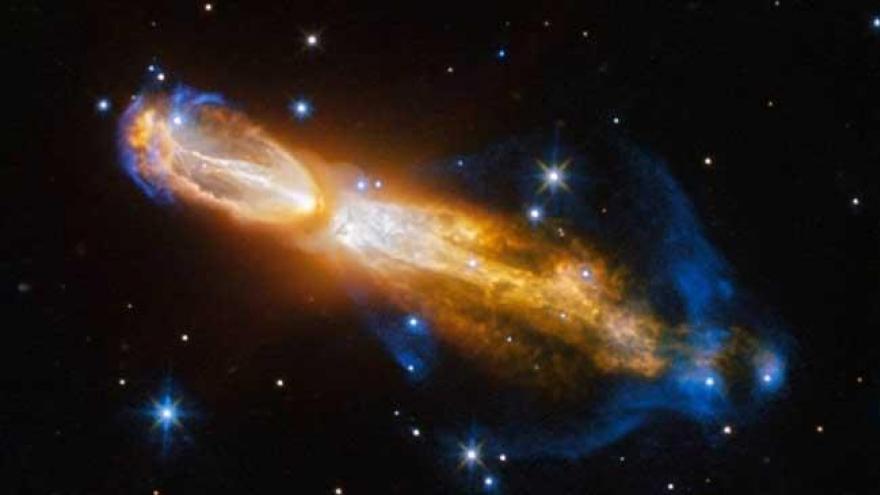 (CNN) -- The Hubble Telescope captured the spectacular death of a star -- an event that has rarely been seen by astronomers.

The dying star, known as a red giant, in its final stages blows out its outer layers, leaving clouds of gas and dust, which is called a planetary nebula.

NASA and the European Space Agency released the photo of the Calabash Nebula. The gas, seen in yellow, was ejected as fast as 621,371 miles per hour, according to the ESA.

Astronomers rarely get to see this kind transition because it occurs "within the blink of an eye -- in astronomical terms," the ESA said.

The nebula is also known as the Rotten Egg Nebula, because it contains a lot of sulfur, which smells like rotten eggs. Luckily, this is happening about 5,000 light-years away in the constellation of Puppis, according to the ESA.