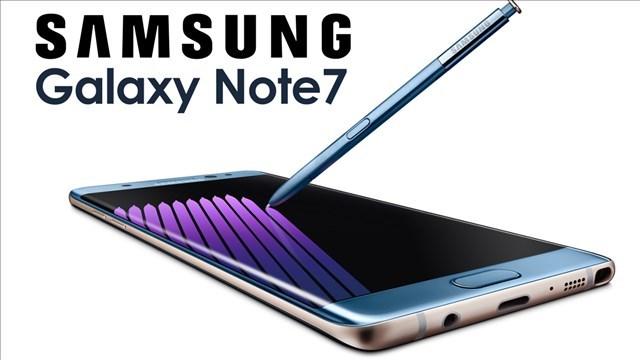 By Jose Pagliery and Rene Marsh

NEW YORK (CNNMoney) -- Samsung Galaxy Note 7 devices -- which are known to catch fire -- are being banned from all U.S. flights.

The U.S. Department of Transportation and Federal Aviation Administration announced the emergency order on Friday afternoon. The ban will go into effect Saturday at noon (Eastern Standard Time).

Government regulators warn that anyone caught trying to fly in a passenger plane with a Samsung Galaxy Note 7 could have their phone confiscated and "may face fines."

And if passengers try to stash their Note 7 phones in checked luggage to avoid getting caught, they face "criminal prosecution."

In a prepared statement, Transportation Secretary Anthony Foxx said: "We recognize that banning these phones from airlines will inconvenience some passengers, but the safety of all those aboard an aircraft must take priority."

"Even one fire incident inflight poses a high risk of severe personal injury and puts many lives at risk," Foxx said.

The ban also means the phones "cannot be shipped as air cargo," according to government regulators. That will make Samsung customer trade-ins and refunds difficult.

Samsung issued a statement Friday saying that it has "encouraged airlines to issue similar communications directly to their passengers."

The FAA had previously urged passengers to turn off their Galaxy Note 7 smartphones -- and not charge their batteries -- while on a flight.

This ban now puts Galaxy Note 7 smartphones on the long list of items banned from flights, such as lighter fluid, electronic cigarettes and hand grenades.

The FAA's critical move comes four days after Samsung told customers worldwide to turn off their phones -- an unprecedented warning for an extremely popular smartphone.

Samsung released the 5.7-inch Galaxy Note 7 device in August as a competitor to Apple's new iPhone 7. But customers immediately started complaining that some phones were catching fire.

The company explained that faulty lithium-ion batteries were overheating the device and causing it to ignite.

The company offered replacement phones -- but some of those burst into flames too.

In the past week, Samsung halted production of the device, then announced it was killing off the product line entirely.

But even those returns are running into problems, because Samsung Note 7s are now banned from FedEx, UPS and USPS planes, and FedEx ground collections are tightly restricted.

Samsung is attempting to make itself right with customers, so it's offering customers a full refund -- plus a $100 credit for those who buy another Samsung phone.

The disaster is expected to cost Samsung more than $5 billion. The company's stock, which trades in Seoul, has fallen 4% this week.