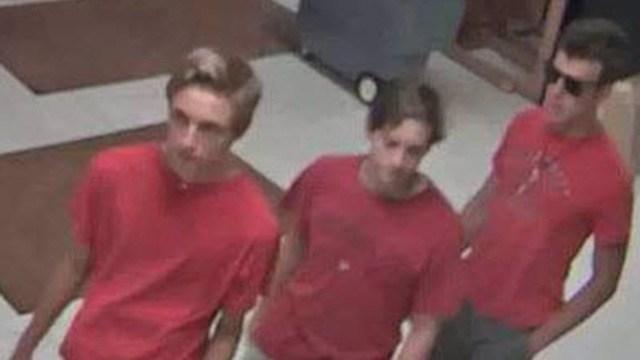 The Cass County Sheriff's Office posted surveillance images of three suspects in a breaking and entering at a local high school. Within 45 minutes, community members identified the suspects.

The suspects damaged IT equipment, fiber optic lines and the school's server. Several items were also taken from the school.

During the investigation, deputies obtained video footage and photos of the suspects from the surveillance system at the school.

Deputies sent the photos to nearby police agencies and posted the photos on their Facebook page.

Within 45 minutes, deputies say the suspects were identified.

After the men were identified, deputies wrote in a press release:

The Sheriff's Office greatly appreciates the assistance from the community in helping to solve this case in short order, showing what community and police can do when working together.

Deputies said the suspects are an adult and two juveniles. They are cooperating with the investigation, deputies said.