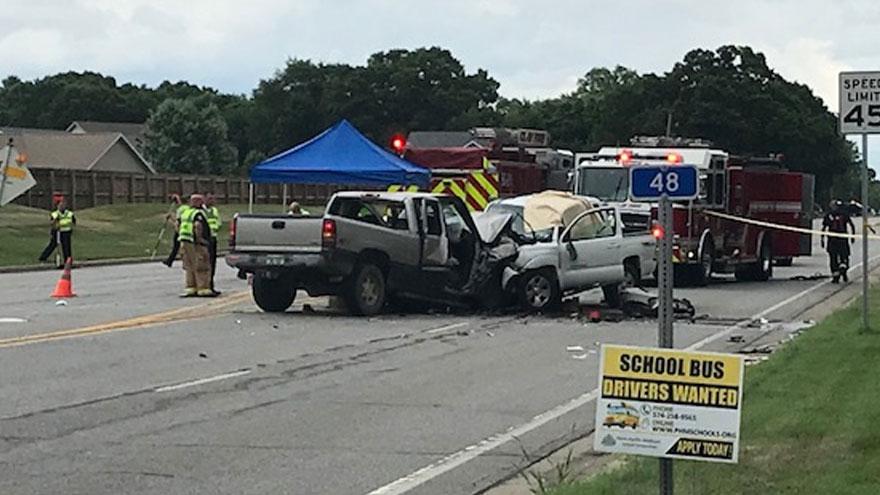 The St. Joseph County Fatal Crash Team has released the names of the people involved in a crash on SR 23 Tuesday afternoon.

The investigation revealed Robert Frisbie, 70, was driving his Toyota Tacoma erratically on SR 23.

Witnesses told investigators the vehicle was traveling southwest curb to curb across five lanes of traffic.

The Tacoma crossed the center line and collided head on with a GMC Sierra, which was headed northeast on SR 23.

Frisbie was pronounced deceased at the scene.

Frisbie's passenger, René Eileen Sterling, 60, was taken to the hospital where she was later pronounced deceased.

The driver of the GMC, 19-year-old Nicholas James VanDerHeyden, was taken to the hospital for broken bones.

His passenger, 17-year-old Taylor Emerson, was treated for a broken leg.

An autopsy for Frisbie is scheduled for Wednesday morning in Fort Wayne.