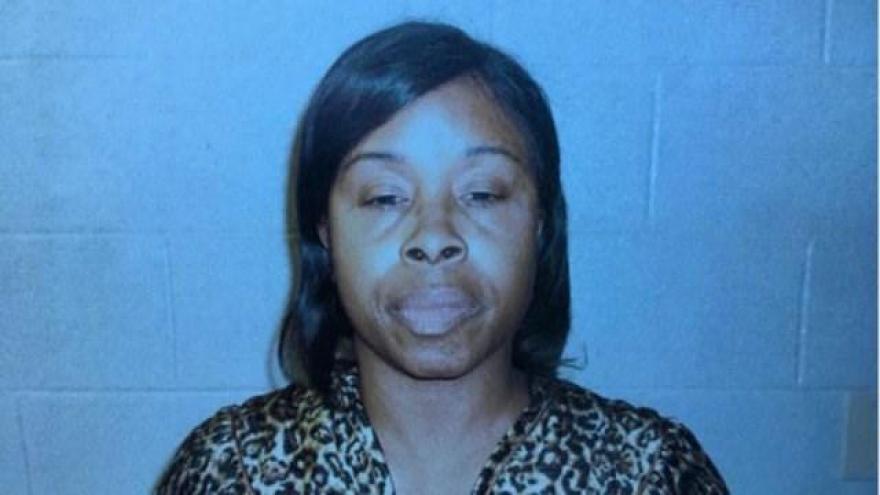 BEAUFORT, South Carolina (CNN) -- Kamiyah Mobley spent the first 18 years of her life raised by her kidnapper, police say -- and she had no idea.

She didn't know her so-called mother had actually posed as a nurse and snatched her from a Florida hospital when she just a few hours old.

But in the end, a few pieces of paper may have unraveled the cold case.

"As she became an 18-year-old young woman and began to look for jobs and do different things, she had fraudulent identification," Jacksonville Sheriff Mike Williams said Monday.

"So her Social Security card and her birth certificate were both fraudulent. And that began to raise questions, I'm sure. We're not sure in what detail she knew or how much she knew or how much she was told," Williams said, "but we believe that there was a conversation at some point with some explanation about why her birth documents were fraudulent."

The sheriff did not specify whether those fake ID cards or another piece of information led to last week's arrest of Gloria Williams, the woman who raised Mobley, in South Carolina. He said the investigation is still in its early stages.

Now, as one family grapples with an 18-year lie, another family is trying to catch up after a childhood lost.

Tonya Manigo said the girl had a close relationship with Williams, and that "she loved her to death."

But Tonya Manigo said she noticed Williams was overly cautious about Mobley. She suspects she knows why.

"She was always very protective," Manigo said from her home in Beaufort, South Carolina. "And now looking back, it's because she didn't want people to find out."

"We are in shock," Williams' aunt Susan Alls told CNN. She said, "Gloria carried that around all these years without sharing it with anyone. Honestly, she may not have realized what she had done at the time."

It's unclear whether Williams has an attorney.

Shortly after her daughter was kidnapped in 1998, mother Shanara Mobley sobbed uncontrollably near an empty bassinet and unopened baby toys.

"(It) would be the happiest thing in the world for me ... to hold my baby and know she's not going nowhere else," she told CNN affiliate WJXT at the time.

"Please bring my baby back," Shanara Mobley said. "If you were faking a pregnancy or you just can't have no kids, how do you think I feel. ... That's my first child."

For the past 18 years, Mobley's biological mother would bake a birthday cake every year for her missing daughter, Mobley family attorney Wayne Alford told WJXT.

Finally, last week, the Jacksonville sheriff's department called Mobley's family in for the news. A sample of Mobley's DNA taken at the time of her birth was matched Thursday with a swab taken from the young woman earlier in the week.

Kamiyah Mobley then met her biological parents for the first time since she was a newborn.

"The first meeting was beautiful," Aiken told the station. "It's a feeling that you can't explain."

But not everyone was thrilled by the news. Hiers, standing outside the South Carolina jail where her friend was being held, said: "I'm praying that it's not true. I hope it's a mix-up."

"She's such a good person," Hiers said of Williams. "If you know her like I know her and the town knows her, this is not something that you would expect from her."

The South Carolina detention center where Williams is being held without bond was the scene of another emotional meeting, this one on Friday.

Separated by a mesh screen, Gloria Williams blew a kiss to Mobley during a brief encounter, WJXT reported.

"I love you, Momma," the sobbing teenager told Williams.

For most of her life, Mobley lived under another name; authorities have not released it.

A neighbor in South Carolina described Mobley as a typical 18-year-old.

Mobley and Williams often got their nails done together, said the neighbor, who asked not to be identified. The teenager graduated from high school and had a steady boyfriend.

The neighbor said Williams was a social worker who always provided for her daughter.

Investigators are talking to Williams' extended family in hopes of learning more.