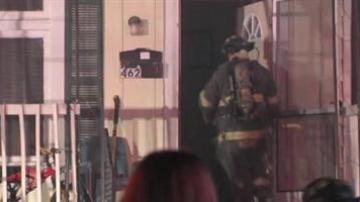 INDIANAPOLIS -- An Indianapolis family was forced from their home by a fire allegedly caused by a child playing with a lit candle.

A man who lived in the home told fire officials he was watching TV with his girlfriend's children Sunday night when he heard popping noises upstairs.

When he got up there, he found a fire blazing in the second floor.

Everybody inside that home did make it out okay but a four-year-old boy told fire fighters he was playing with a lit candle before the fire started.