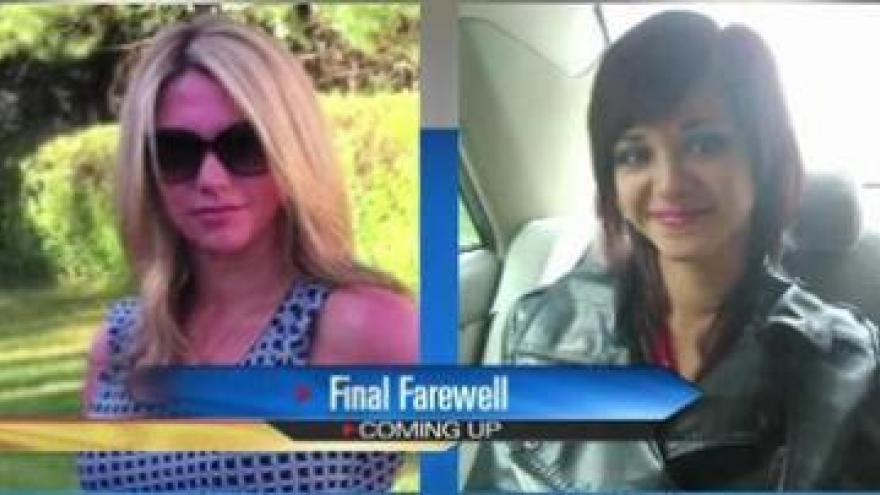 ELKHART, Ind. -- Friends and family gathered Tuesday to remember two women whose lives were cut short by a gunman whose motive is still unknown. Those who knew the women say the women should be remembered for how they lived, not how they died.

The viewings were held at separate locations for 20-year-old Krystle Dikes and 44-year-old Rachelle Godfread.

Friends willingly shared some of the favorite memories of the two women.

"Compassion. She had a kindred spirit as I said before. She was all about her kids, her family that was her life," said Jenee Pritt, friend of Godfread.

Pritt and Amy Mishler became friends with Godfread when they were just 6 years old.

Both watched Godfread raise her two sons and stayed in touch through the years.

But they never thought they'd say goodbye so soon.

"We all said we would get together sometime and have lunch and reminisce and that time never happened so it hits hard," said Mishler.

"It was a wake-up call, you know? You never know what tomorrow will bring so make sure you love everyone today,' said Pritt.

"It's just crazy that she's gone. She was just here. She just picked this jacket out for me on Monday. She stayed the night with me on Monday and went to babysit Tuesday and when she left Tuesday it was weird. It was weird when she left. She said goodbye and it was goodbye," said Terrell.

Godfread's funeral was held Tuesday. Dikes' funeral will be on Wednesday.