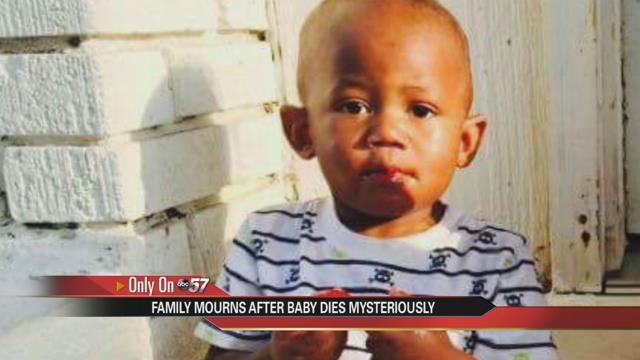 Looking for answers, a local family is mourning the sudden death of a 1-year-old Elkhart child.

When she couldn't wake him from a nap, she called 911 and attempted CPR.

He was rushed to Elkhart General Hospital, where he was pronounced dead.

"My grandson was the most precious thing in my life. I miss my baby so, so, so much," said Valerie.

Kay'mian was living with his grandmother in Elkhart while his parents were working in Georgia.

Kay'mian's mother Sasha Delaney says she was hopeful the family would be reunited by the end of the month.

An autopsy earlier this week showed there were no signs of trauma. Still, the cause of death is still undetermined.

"I guess this is just how life is sometimes. It’s unexplainable. Now he’s gone. Now we have his pictures and videos and that’s it," said Sasha.

Valerie suffered a stroke just hours after Kay'mian's death which her family attributes to the stress from the tragedy.

If you are interested in donating to Kay'mian's funeral fund, the family is accepting donations here.