Family of Anchor Inn shooting suspect says it was self-defense 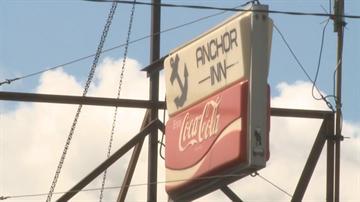 SOUTH BEND, Ind. -- A family in fear said a gang is targeting them and it's the reason why their son is locked up right now.

Nearly three weeks ago, shots rang out in the parking lot of the South Bend bar Anchor Inn. The shooting left one man dead and another injured.

Thursday, the man accused of firing the shot that killed 32-year-old Cesar Flores was in court for the first time, but now the family of Ramon DeLeon, 24, is speaking out only to ABC 57.

DeLeon's family said he pulled the trigger in self-defense because his life was threatened by gang members and that is why he was forced to protect himself during the gun fight.

Now, three months later, he is behind bars. Police said he is the man who shot and killed gang member Cesar Flores, 32, after a confrontation turned gun fight outside the Anchor Inn bar.

"He did not do it just to be a criminal, he did it in self-defense," said DeLeon's mother.

His mother, who did not want us to use her name, said she fears the gang will retaliate. She said the gang members did not like what he said during his interview with ABC 57.

After it aired, she said her son started getting death threats from Flores and other gang members. "He did have problems with that man already. He was always threatening my son and my cousin, anywhere they saw them, they would get threats."

DeLeon grew up on the Southwest side of town. His mother said, growing up, her son was friends with many of the now gang members. Yet she said he chose not go down that destructive path and put himself through college, becoming a medical assistant.

"I am very sorry that she lost her son, but I feel like I lost my son. His life is ruined now, and he doesn't deserve that," said DeLeon.

DeLeon's family said he was planning on going back to school to become an registered nurse. Now, those dreams are on hold. His mother said others are afraid to come forward to say what really happened that night, which is why she is risking her safety to tell his side of the story now.

DeLeon will be back in court October 31. At that time, he is expected to make a plea.