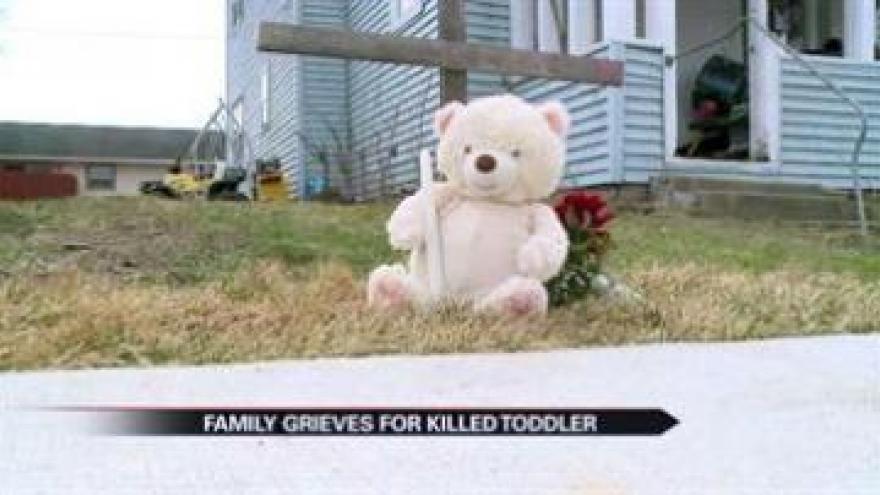 SOUTH BEND, Ind. -- Family members of 2-year-old John Swoveland Jr are asking for anyone to come forward to help bring the person responsible for shooting the toddler to justice.

"I won't be able to walk outside my front door without thinking about the little boy that we loved," said Jullianne Kinder, John Jr's aunt.

But that life was cut short Wednesday around 6 p.m.

"He was just an amazing little boy who had his whole life ahead of him, always smiling, laughing, gaining his vocabulary," said Kinder.

The shock and sadness of his tragic death hangs heavy on the family.

"There's nothing to say about a two year old little boy who did nothing to deserve this, did nothing but come out here and play with his sister," said Kinder.

Donnie Price lives next door and ran outside when he heard the gunshot.

"The mom of the two year old had come out and picked the baby up and was like blood around the edge of the Pamper. When she raised the shirt up, she seen the gunshot wound. She said, 'Oh my god he's been shot!'" said Price.

Price says chaos unfolded in a matter of seconds.

He shot cell phone video of paramedics trying to save the little boy.

"I feel for the family and the two year old, but my daughter was out here it could have been her. It could have been the little five year old. It's just senseless, it doesn't make sense," aid Price.

John Jr's family is pleading for help and for justice.

"We just need everyone out there to help us. If you know anything, any information - come forward," said Kinder.