Family reacts to charges filed in fatal hit and run 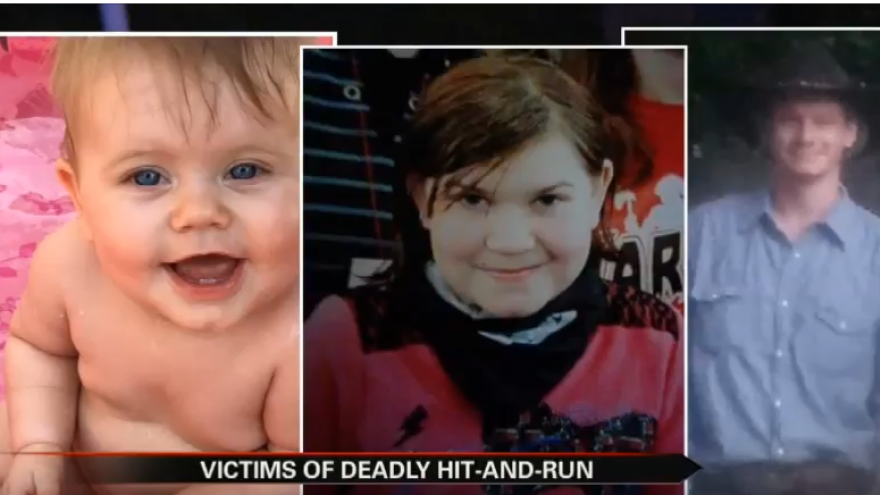 The growing memorial on Beardsley Avenue serves as a constant, daily reminder to the Smith family and the community, of the fatal hit and run crash in August.

Tuesday, those suspects were announced as Penelope and Leonard Grosswiler.

Warrants were issued for their arrests.

As the case continues to develop, family tells ABC57 News, they don't know what to feel. They say that their emotions are a roller coaster.

Sonnie Smith spoke with ABC57 News, as a representative of the family.

She's the aunt of Courtney and Shawn, and great-aunt of Dolly, and watched the Elkhart County Prosecutor announce the charges against the Grosswilers, via ABC57's live stream.

"I don't think any amount of time is going to be enough," Smith Says. "I, of course, would like for life sentences for both of them."

For her, the announcement today, is just the beginning.

"I can't say there's closure yet, because they haven't been sentenced yet. That's the day we'll see closure," adds Smith.

It's a process that's taken nearly four months, but the impact still doesn't seem to sink in.

"This is something we would be reading in the newspaper about someone else. I never though it would be our family," she says.

But for now, a plea to the community, who has supported her family since the beginning.

"To the entire community, our family, our friends, it is now time to let the officials and professionals do their job," Smith explains. "We don't want to stand in their way."

Her family has just one hope for the future.

"[That] they both come forward and are arrested and that they finally show some type of remorse," says Smith. "Why haven't you shown any compassion or remorse for what you've done?"

Smith adds that she, and her entire family, thanks the detectives, the mayor, the Elkhart police, and the prosecutor for staying in constant contact with them and working tirelessly to make these arrest warrants possible.