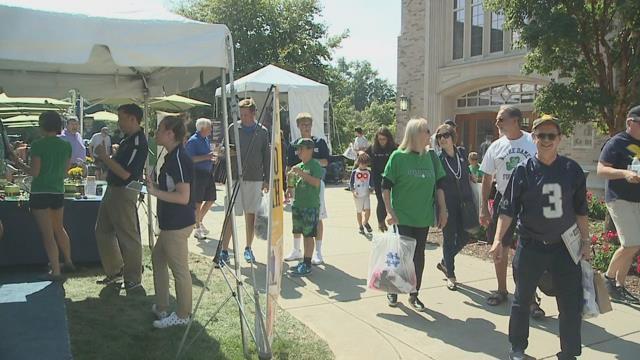 Saturday night, Notre Dame will play Michigan State for the first time in three years, renewing a rivalry perhaps as rich as any.

“Well I know its been going on for a long time since at least 1966,” said Dave Kenney, a Notre Dame fan.

The two teams have been going at it for quite a while.

Saturday, will mark the 78th meeting between the two programs since 1897.

“It’s a great rivalry, its renewed this year, and im glad to be part of it,” said Fred Meiers, a Michigan State fan.

Someone who knows a lot more than just the songs is former Notre Dame defensive tackle Mike McCoy.