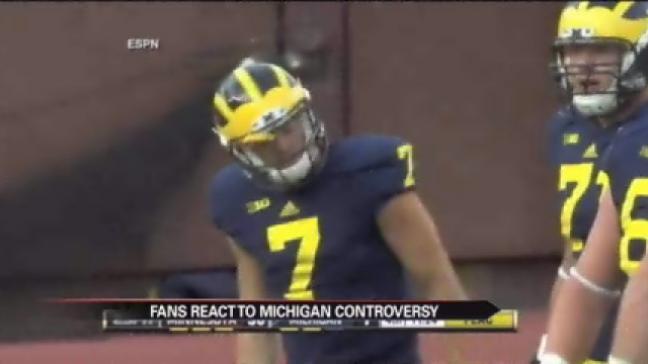 Byers says he understands why Morris wanted to get back in the game.

"I've been in those positions where you're hurt and you want to continue," said Byers.

But that's where Byers believes the line should have been drawn.

"Somebody needs to step in and put a stop to it because he could've gotten hurt, maybe even ended his career," said Byers.

"I think he made the wrong call," said Byers.

A wrong call that could have implications later in the season.

Glick says the Wolverines have a lot of issues but it's not the coach's fault.

"I love him, I think they should keep him," said Glick.

Local fans say they believe the university's policy needs to be looked at more closely so a situation like this doesn't happen again.