Farmers should plan for wetter springs

SOUTH BEND,IND – Many local farmers are saying this the worst year for planting they can remember. The wet spring has kept them out of the fields. Now we are entering a critical time for planting, especially for corn that requires a longer growing season. 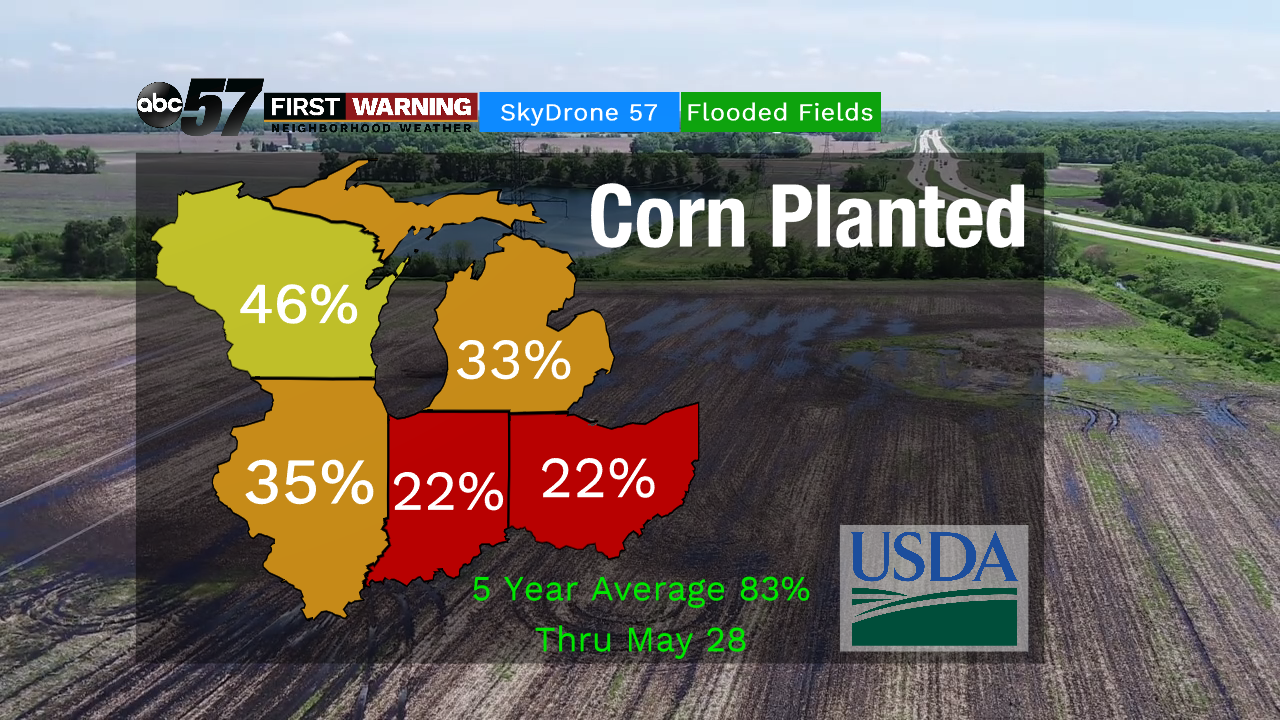 This is something I told farmers about in February when I spoke at the Elkhart County Soil and Water Conservation District’s annual banquet. I asked. “Have you noticed it becoming more difficult to plant in spring because the ground is too wet?” Many agreed. 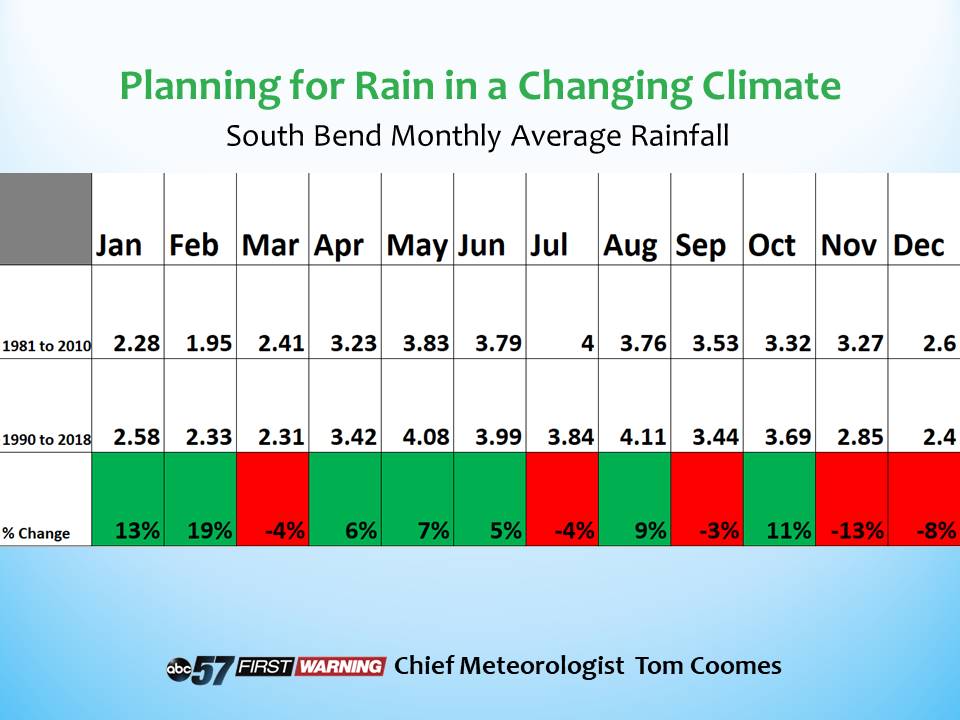 This poses many challenges for farmers. First, just getting the crop planted, then if they can accomplish that, will it rain enough later when plants need it to produce a crop?

Spring 2019 rainfall will go down as one of the top five wettest. 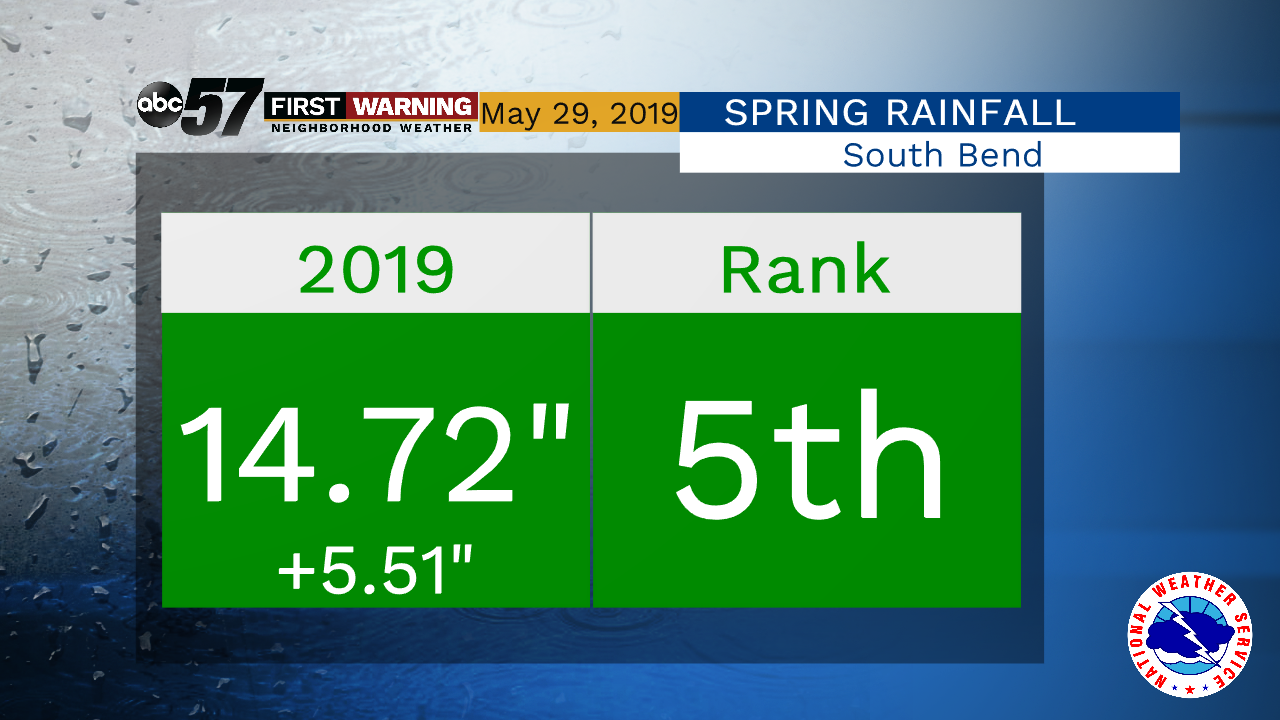 The month of May has put the season over the top. The total rainfall will rank in the top 10 (on the heels of a wettest May ever last year). It’s not only the amount of rain but the frequency. There has not been more than two consecutive dry days this month, in fact that has only happened once this year, January 3rd – 6th. 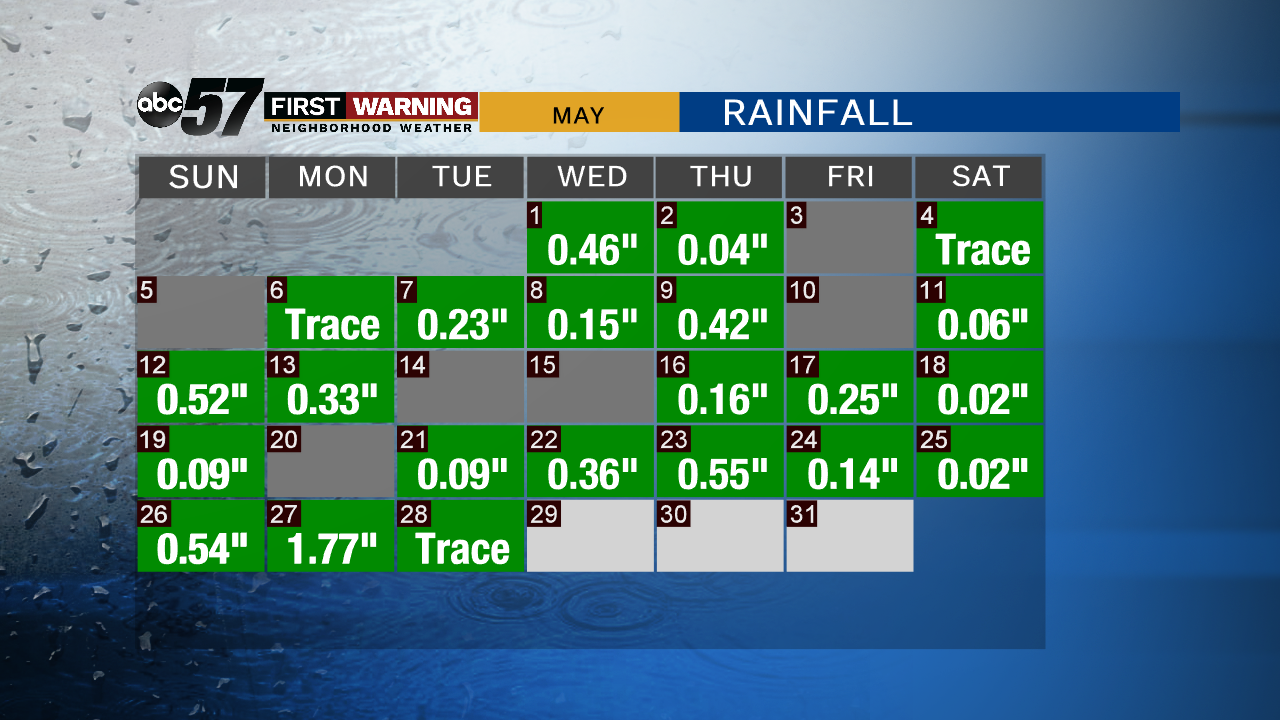 South Bend and Northern Indiana are not alone. The entire Midwest is waterlogged, rainfall for 2019 is ranging from a few inches to more than 10 inches above normal. 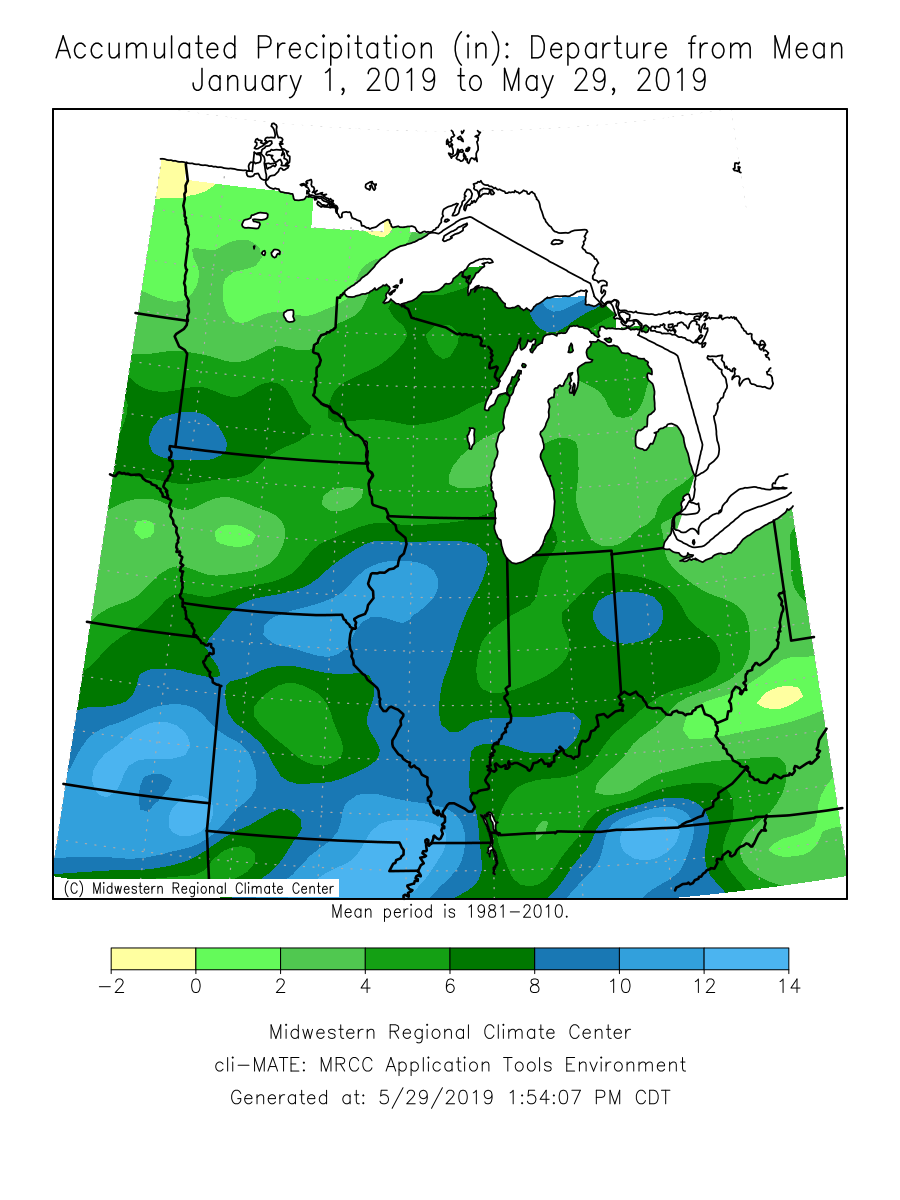 Nationally to date this has been one of the wettest years as well. For The West this has been a good thing with bumper snow and rain in drought plagued areas. But for many other parts of the country it has meant more record flooding, like in Nebraska and Iowa in March and now in Oklahoma. 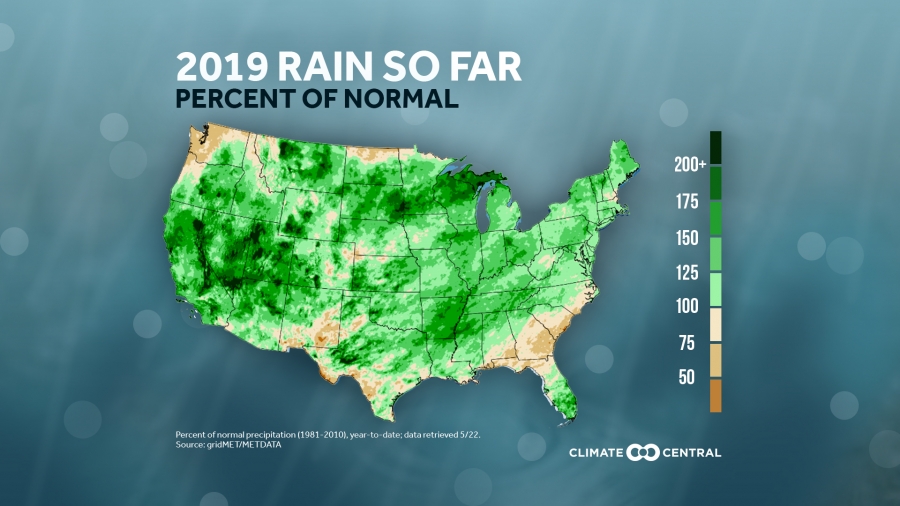 This is more than a wet year; this is a trend we’re seeing more and more. There is an increase in heavy rain events and wetter weather across eastern half of the country. This is a big cost of climate change, especially for farmers who choose when and what to plant based on the weather and climate. 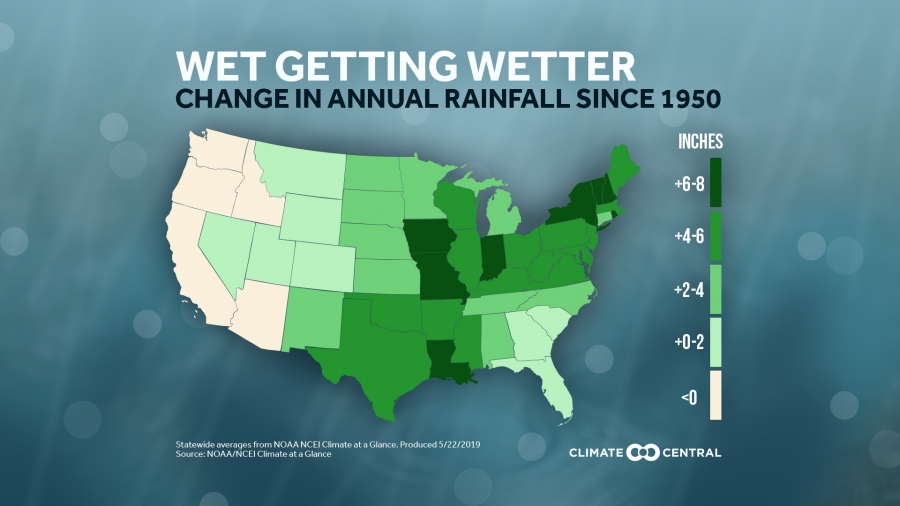