Farrell playing with a chip on his shoulder 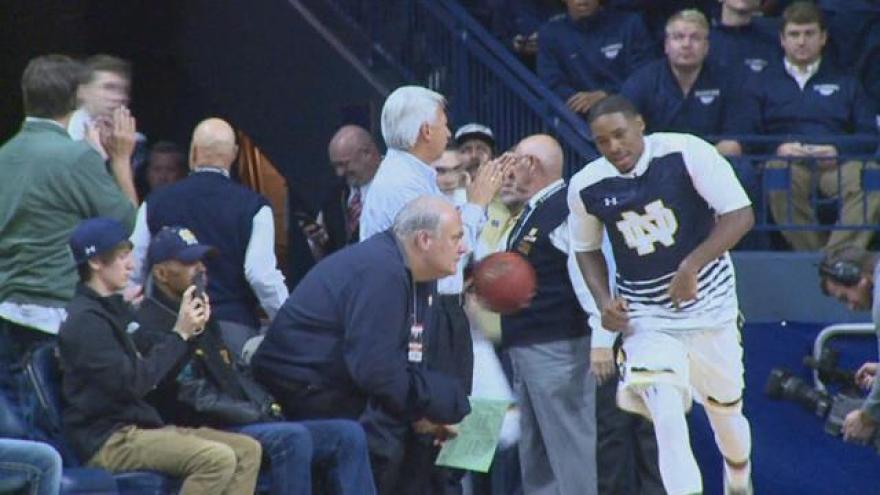 Matt Farrell has had to wait for his shot with the Notre Dame Men's Basketball Team, warming the bench for the majority of his first two years in South Bend.

"I think I've always played with a chip on my shoulder and that's just the way I'm always going to play," Farrell said.

"He deserves to have this happening now because he's been a loyal soldier, hung in there with us when he wasn't playing but he's prepared," Head Coach Mike Brey said.

"Knowing it's my team I'm able to run stuff or able to call things, I think that's when I really strive like I did in high school, it's kind of being that guy on the floor, and whatever I see on the floor I can talk to Coach Brey about," Farrell said.

The Irish are known for their big three this year of Steve Vastoria, Bonzie Colson, and V.J. Beachem but may have to make room for Farrell.

"Maybe the big three is the big four quite frankly as this thing is evolving," Brey said.

Farrell and the Irish battle Iowa Tuesday night at Purcell Pavilion as a part of the Big Ten/ACC Challenge. Tip off scheduled for 9 PM ET.