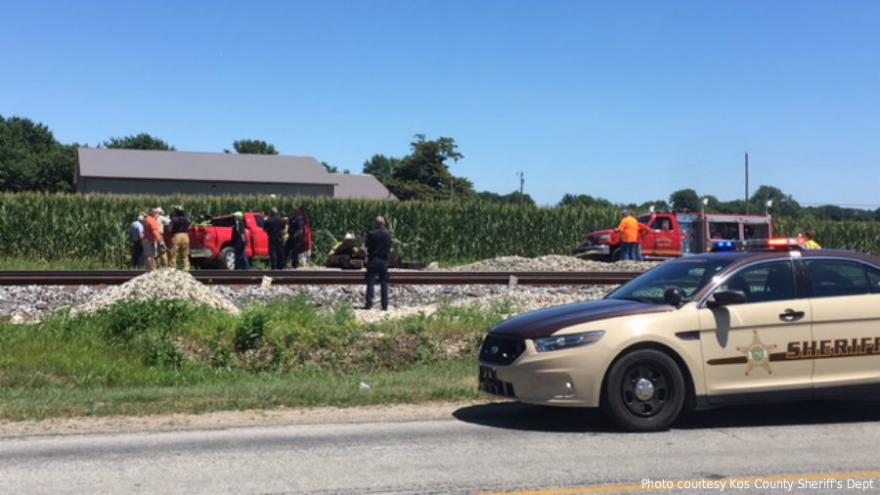 MILFORD, Ind. – A person is dead after colliding with a train Saturday afternoon, police say.

According to the Kosciusko County Sheriff’s Department, the operator of a vehicle sustained fatal injuries in the collision between a train and a car at a train crossing in Milford, Indiana.

The incident involved a red Toyota Pickup Truck that was struck by a northbound Norfolk and Southern Train.

The red Toyota entered the path of the northbound train investigators say, for an unknown reason.

Kevin Geisel, 59, of Mishawaka, Indiana was identified as the driver of the Toyota.

Geisel sustained fatal traumatic internal injuries and was pronounced dead at the scene via the County Coroner’s Office.