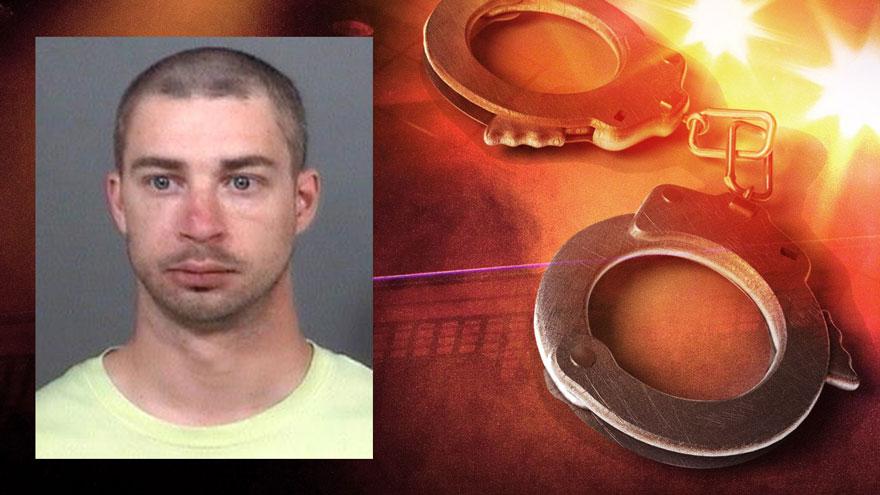 ST. JOSEPH COUNTY, Ind. -- A father has been arrested on two charges after his 2-month-old child was admitted to the hospital with a broken and bruised leg, according to court documents.

Donavon Diveley, 28, has been charged with domestic battery resulting in serious bodily injury to a person less than 14 years old and neglect of a dependent.

Mishawaka Police were called to the St. Joseph Regional Medical Center on April 14 after the 2-month-old girl was taken to the hospital with a broken leg.

The child's mother, Dana Bond, spoke with police about the events that happened on the night of April 13 and morning of April 14.

Bond told police she had been holding her daughter on the 13th and the child slipped out of her arms. She told police she grabbed the infant by an arm and a leg and prevented her from hitting the ground, reports said.

She told police the baby was fussy and whiny throughout the night, reports said.

Bond told police the following morning on the way to work, she told Diveley about almost dropping the child and asked him to keep a close eye on her, reports said.

Later in the day, Diveley texted Bond the baby wouldn't stop crying so she asked her mother to go over and help Diveley, Bond told police.

After Bond's interview with police ended, a short time later, a DCS worker told police Bond wanted to speak with them again.

During the second interview, Bond told police when the baby slipped out of her arms the day before, the baby hit the floor. She said she didn't see any bruising and thought the baby was fine, according to the probable cause affidavit.

Police then transported Diveley to the SVU for an interview.

He told police sometime Friday night or Saturday morning, Bond almost dropped the baby, and grabbed her by the arm and leg, reports said.

He said around 6 a.m. he took Bond to work and she asked him to keep an eye on the baby's leg.

When he returned home, he changed the baby's diaper and he said she screamed when he touched her leg, reports said.

Around 1 a.m. Bond's mother came over to help because every time the baby moved, she screamed.

The grandmother saw the infant's leg and took her to the hospital, Diveley told police.

On April 18, the grandmother spoke with police. She told police she arrived that day around 1:30 p.m. and the baby was screaming as though in pain. She tried to calm the baby down, but she continued to cry, according to the probable cause affidavit.

Around 2:30 p.m., Diveley left to pick up Bond from work and the grandmother took the baby to the hospital.

Doctors from Peyton Manning Children's Hospital reviewed the infant's medical records and found the injury was consistent with an inflicted injury, according to court records.

Bond and Diveley were taken to SVU for additional interviews.

Bond said she was sometimes rough with the baby's legs but never heard a pop or saw bruising, reports said.

Diveley told police during this interview the baby had diarrhea up her back and he was bending her leg to clean it off and may have pushed her leg too far, according to the probable cause affidavit.

He said he didn't take her to the hospital because he didn't think the baby was injured.

He also said a couple days ago he felt a pop and didn't look at her leg after that, but saw a bruise above her knee. He said he was scared and that's why he didn't tell anyone, according to reports.

Diveley was arraigned Wednesday and entered a preliminary plea of not guilty.