Father of accused in Kim Jong Nam's murder: 'My daughter was being used' 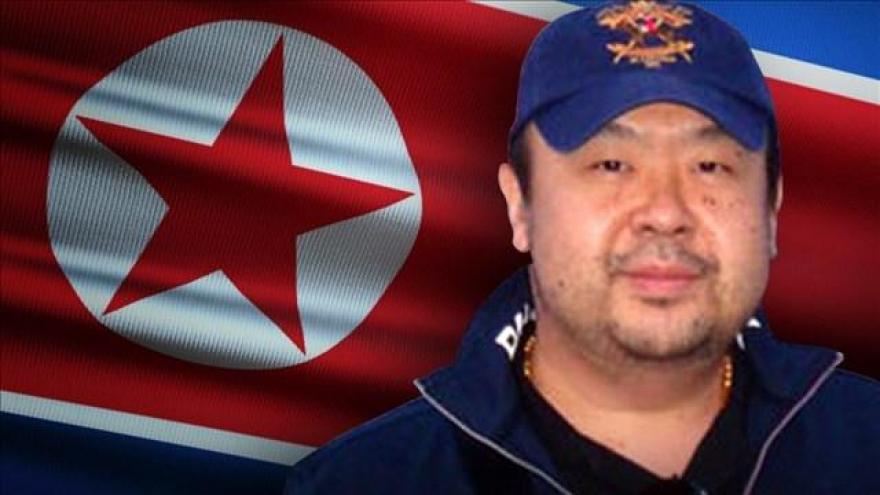 (CNN) -- Asria Nur Hasan was preparing goods to sell at the local market when the phone rang unexpectedly this past March.

It was his daughter. She was calling from a Malaysian jail cell.

"I was surprised. I couldn't help but to cry," Hasan, 56, said from his home of Rancasumur, near Serang, in Indonesia.

His daughter, Siti Aisyah and a Vietnamese woman, Doan Thi Huong, stand accused of carrying out one of the most audacious assassination plots of the 21st Century: the murder of Kim Jong Nam, the half-brother of North Korean leader Kim Jong Un.

The pair's trial began on Monday, in the Malaysian capital Kuala Lumpur. If found guilty, both could face the death penalty.

"She will be proven innocent," Hasan said. "My daughter would not have done such a thing, if she was not used by someone."

Kim Jong Nam was killed on February 13 while trying to catch a flight from Kuala Lumpur to his adopted home of Macau, the Chinese-controlled territory and gambling mecca.

Malaysian authorities allege that Aisyah and Huong were trained by North Korean agents to surreptitiously swab Kim's face with VX nerve agent, a powerful chemical weapon that kills by sending the nervous system into overdrive. North Korea vehemently denies this.

Representatives for Huong and Aisyah claimed the two women were duped into thinking that they were participating in a prank TV show.

Aisyah's aunt told CNN in February her niece thought she'd been hired to work as a comedian, pranking strangers by smearing lotion and tomato sauce on their faces. Indonesia's deputy ambassador to Malaysia said Aisyah thought the substance was a kind of baby oil.

Security footage shows one of the two women approaching Kim from behind and rubbing something on his face, before running away.

Kim sought help at a service counter. He was taken to an airport clinic, where an ambulance was called. He died en route to the hospital, about 20 minutes after the initial exposure. Tests on Kim's eyes and face later revealed the presence of VX nerve agent.

Malaysian police say the two women were spotted smearing a substance on people's faces at shopping malls in the days before the killing. They believe it was "practice" for the eventual assassination.

Adding to this theory is the assertion by lawmakers in Seoul that South Korea's top spy agency holds that North Korea recruited the two female suspects.

Suspect's lawyer: Innocence will be established

The defense has been informed that the trial will begin with the prosecution calling an expert witness, likely a pathologist or chemist, to confirm the cause of death, according to Hisyam Teh Poh Teik, a lawyer for Doan Thi Huong.

Prosecutors will call witnesses this year at trial dates in October and November, while Teh expects the defense to begin next year, Teh said.

"Doan looks forward to the trial where her innocence will be established," said Teh, who said that both women are expected to plead not guilty.

Before her arrest, Aisyah had told her father she had landed a job "shooting a film in Malaysia," and asked her father to wish her luck.

"We didn't see this coming at all. I don't think she would have been in all this at all, if it wasn't because of other people using her, getting her wrapped up in all this," Hasan said.

Their March phone call was the last time Hasan and Aisyah spoke.

According to social media posts, she had celebrated her birthday with a small group of friends just hours before Malaysian authorities say she committed murder.

'I miss her so much'

Hasan adamantly believes his daughter's kind disposition, as he calls it, was taken advantage of.

Hasan describes Aisyah as a doting daughter and generous friend, dedicated to her religion and those she loves.

"She wouldn't harm anyone, not a child, let alone someone so powerful like that," he said.

"That's why I miss her so much, that's why I feel so bad for her. I don't believe all this could be happening, how could somebody do this to my child?"

Four people accused of training Huong and Aisyah remain at large, allegedly in North Korea, which is unlikely to extradite them back to Malaysia.

The killing sparked a diplomatic row between Malaysia and North Korea, with diplomats and citizens from both countries barred from leaving. The standoff lasted three weeks as the murder mystery and its spy novel plot twists captivated the world.

Hasan is optimistic that his daughter will be proved innocent. He told CNN his daughter asked only one thing in their last phone call: his prayers.

"(She said to me) Please pray for me, abah (father). Pray for me so all this will finish soon. So that everything will be made easy. So that I can go home to Indonesia soon. That Allah will help me, will protect me, will remove me from Malaysia," recalled Hasan.