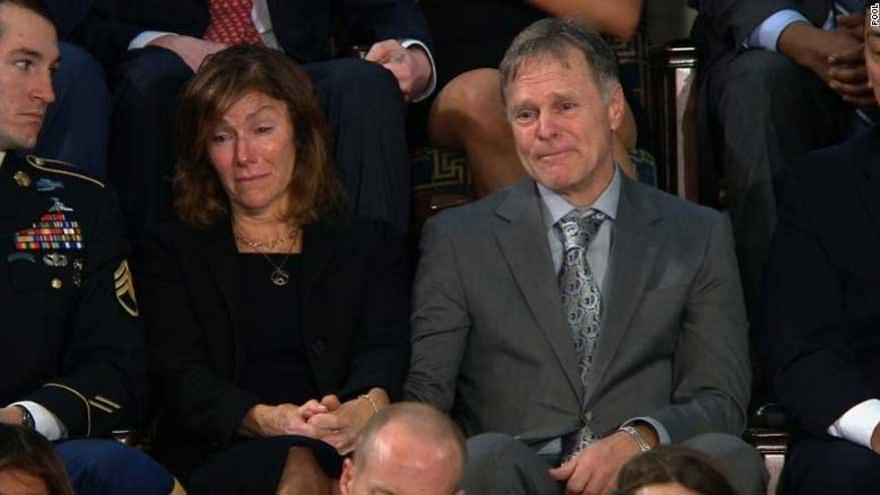 (CNN) -- The father of the late Otto Warmbier, an American student who was jailed in North Korea, will attend the Olympic opening ceremony in Pyeongchang, South Korea.

Fred Warmbier will attend as the guest of Vice President Mike Pence, The Washington Post reported Sunday. His son died last year upon his return to the United States after having suffered extensive brain damage. The Warmbiers also attended the State of the Union as guests of President Donald Trump and first lady Melania Trump.

Warmbier has spoken to CNN about his son's detainment and death, saying Otto was "on his deathbed" when he returned to the United States.

"Otto was systematically tortured and intentionally injured by Kim Jong [Un] ... Kim, and his regime. This was no accident," he told CNN in September.

Otto Warmbier died in Ohio in 2016 shortly after being released from 17 months in a North Korean prison.

Warmbier was taken into custody by North Korean authorities during a five day sightseeing tour of the reclusive state, who accused him of stealing a political poster from a restricted floor on his hotel.

He was sentenced to 15 years of hard labor.

When Otto arrived back in the United States he was in a persistent vegetative state. North Korea claimed he had contracted botulism while in prison.

Pence will deride any notion of normalizing North Korea's relationships with the outside world while he leads the US delegation at the Winter Olympics this week, a Pence aide told Axios on Sunday.

"The Vice President will remind the world that everything the North Koreans do at the Olympics is a charade to cover up the fact that they are the most tyrannical and oppressive regime on the planet," the aide told Axios, adding that "at every opportunity, the VP will point out the reality of the oppression in North Korea by a regime that has enslaved its people. We will not allow North Korea's propaganda to hijack the messaging of the Olympics."