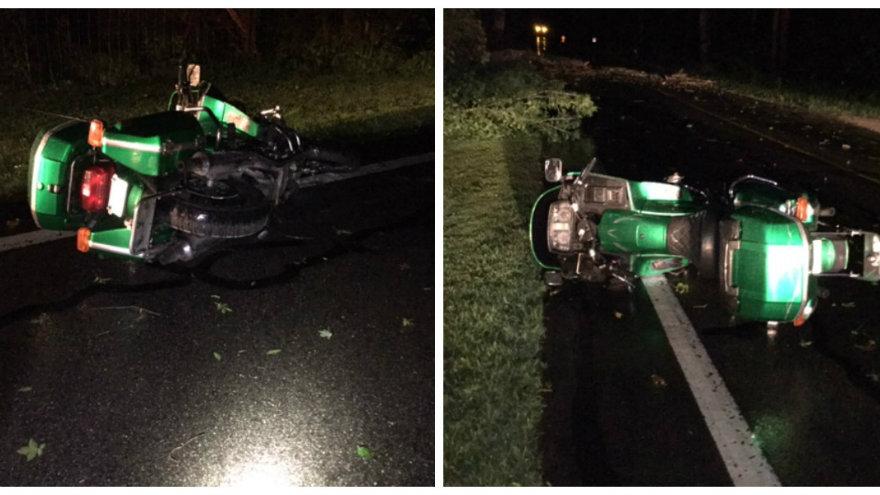 CASS COUNTY, Mich. -- A 54-year-old man and his 16-year-old son were injured in a motorcycle crash in Cass County Saturday morning.

Cass County Sheriff’s deputies responded to the crash in the 1700 block of Marcellus Highway.

Upon arrival, deputies were made aware that 54-year-old Jeffrey Brewer from Marcellus and his 16-year-old son were traveling west on Marcellus Highway near Lawrence Road when they struck a tree which had fallen across the roadway around 4 a.m.

Brewer and his son were transported to Bronson Hospital in Kalamazoo for injuries sustained in the crash.

Alcohol does not appear to be a factor in the crash.

Helmets were not worn, authorities say.