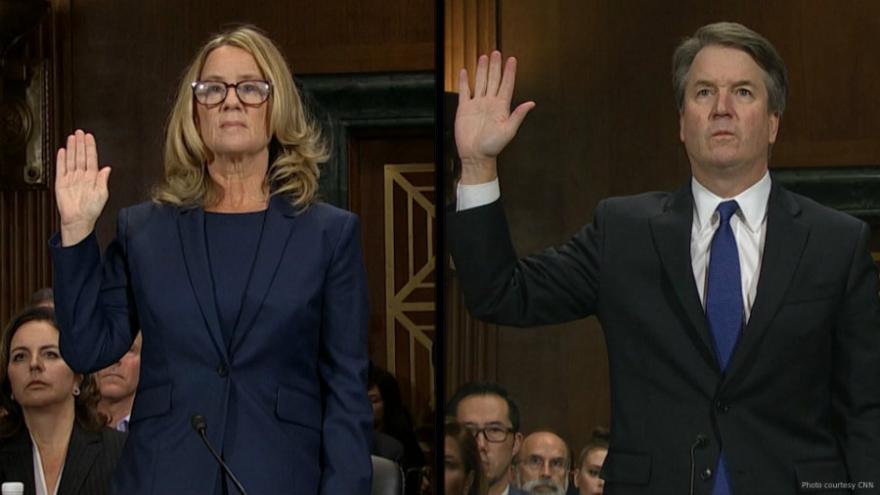 (CNN) -- The FBI has completed its interview of Mark Judge, a key witness to the alleged incident between Supreme Court nominee Brett Kavanaugh and professor Christine Blasey Ford, but the agency hasn't contacted Ford, their representatives said Tuesday.

Judge's lawyer, Barbara Van Gelder, told CNN that the FBI completed its interview with Judge, whom Ford says was in the room when she was allegedly physically and sexually assaulted in the 1980s by Kavanaugh.

But Ford has not heard from the FBI as of Tuesday morning as questions mount about the extent of the agency's investigation, her team said told CNN.

Both Kavanaugh and Judge have denied the allegations made against them.

In testimony provided to the Senate Judiciary Committee last Thursday, Ford claimed that Judge, who is a former classmate of Kavanaugh's, was "urging Brett on," during her alleged attack, at times telling Kavanaugh to stop.

"A couple of times I made eye contact with Mark and thought he might try to help me, but he did not," she said.

At a news conference on Monday, President Donald Trump decried what he described as "trauma" inflicted upon Kavanaugh, but nevertheless said he wants to see the FBI "do a very comprehensive investigation."

Key Republican senators have called the White House in the last two days to make clear that they expect a fulsome investigation as the FBI reviews allegations against Kavanaugh. A White House official told CNN that the White House has made it clear to the FBI that agents are not limited in their expanded background search.

Sen. Susan Collins, R-Maine, one of the three Republican senators who will likely decide Kavanaugh's fate, said Monday she is "confident that the FBI will follow up on any leads that result from the interviews" when asked if the senator is satisfied with the scope of the inquiry.

GOP Sens. Lisa Murkowski and Jeff Flake are the other key senators.

Appearing at the Forbes Under 30 Summit in Boston, Flake said on Monday that he wants the FBI to conduct a "real investigation" and not one that "just gives us more cover."