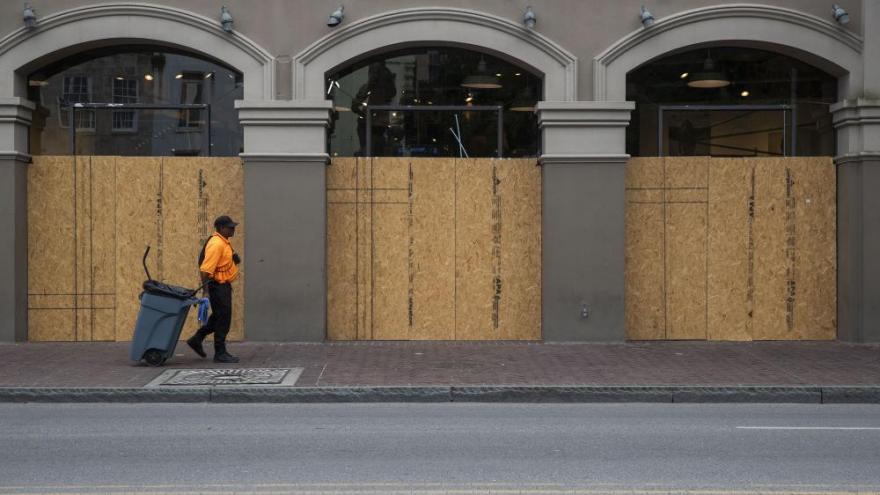 The economic fallout of the coronavirus pandemic could nearly quadruple the federal budget deficit this year, pushing it to a whopping $3.7 trillion, according to a projection released Friday by the Congressional Budget Office.

(CNN) -- The economic fallout of the coronavirus pandemic could nearly quadruple the federal budget deficit this year, pushing it to a whopping $3.7 trillion, according to a projection released Friday by the Congressional Budget Office.

Last year, with the economy still growing, the deficit surpassed $1 trillion for the first time since 2012 due in large part to Republican tax cuts passed in 2017.

What's more, the federal debt is projected to be 101% of US GDP by the end of September, the CBO said.

The agency warned that the outlook could be notably different by the end of the year depending on the trajectory of the pandemic.

The US economy, which has come to a standstill in much of the country, is projected to take a big hit in the second quarter, which covers April to June. During these three months, the CBO expects GDP to decline about 12% and unemployment to rise to 14% -- up from 4% in the first quarter. It projected that nearly 27 million fewer people will be employed and that roughly 8 million people will exit the labor force.

American workers have filed 26.5 million initial claims since March 14, according to the seasonally adjusted numbers.

Economic activity is expected to increase during the third quarter as stay-at-home orders are lifted and concerns about the pandemic diminish -- but the CBO warns that challenges in the economy and the labor market will "persist for some time."

Even before the coronavirus outbreak, the federal deficit was projected to keep rising over the coming decade, driving US debt to the highest level since World War II over the next 10 years.