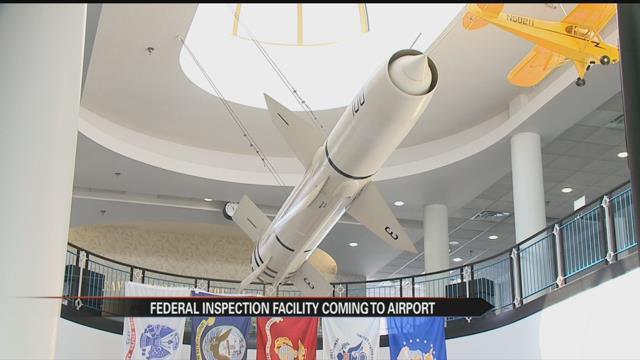 There is currently no federal inspection facility at South Bend International Airport but the St Joseph County Airport Authority board voted to change that.

An airport without border customs poses a frustrating problem for some travelers.

But this problem will soon have a solution and it's expected to make travel a bit smoother says Daigle.

Several years ago, Daigle began a strategic planning process to identify a new line of business for the airport authority.

Included in those discussions was international capability.

“In this particular case this was an opportunity for revenue that didn’t exist so without building the facilities and having U.S. customs and border protection staff located in South Bend, this was never going to occur,” said Daigle.

And the new inspection facility will not only create new jobs, it will also help the local community.

Daigle says the airport serves as an economic engine for the area and with a border customs facility in the near future, that engine should run stronger.

The board will review the bids for the federal inspection facility in September.

Once those bids are approved it will take about 11 months to be completed.