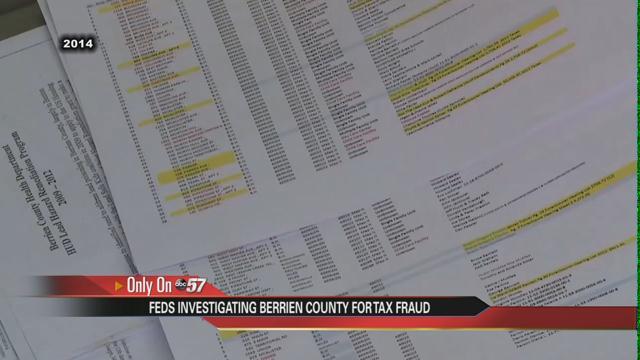 Federal agents in Berrien County are investigating possible fraud with your tax dollars. The Director of the Department for Housing and Urban Development confirms the county has been served a subpoena for financial records regarding how officials handled federal grant money.

In 2014 former Benton Harbor Commissioner Duane Seats told ABC57 there was fraud in the lead abatement grant program that was given to the Berrien County Health Department by HUD.

Back then, Berrien County Health officials said that the alleged fraud was a bogus claim.

Seats claimed the lead paint removal was not finished on various homes, or not done at all.

Michael Polsinelli is a director for HUD and he issued a statement to ABC57.

Polsinelli said, "I can confirm that the U.S. Department of Housing and Urban Development's Office of Inspector General has issued a subpoena for records to Berrien County pertaining to its expenditure of lead abatement grant funds. Because this is an ongoing investigation, I am unable to further comment at this time."

The lead abatement grant money was given to Berrien County so that crews could remove hazardous lead paint from 120 homes in the area.

At the Berrien County Commissioner's meeting on Thursday, ABC57's Alexandra Koehn asked county attorney James McGovern for an interview regarding the investigation but he declined an on camera interview.

McGovern said, "The subpoena that you requested is a subpoena from HUD/Inspector General and is related to an active investigation. So too are any records responsive to the subpoena."

One commissioner brought up the subpoena in the Berrien County Commissioner's meeting on Thursday but it was quickly dismissed and officials moved on to other business.

One citizen is concerned that her tax dollars could be used in future litigation and she wants to know more information.

Kinnard said she hopes the county's records will be revealed to the public soon.

ABC57 reached out the Berrien County Health Department for comment but no one got back to us.