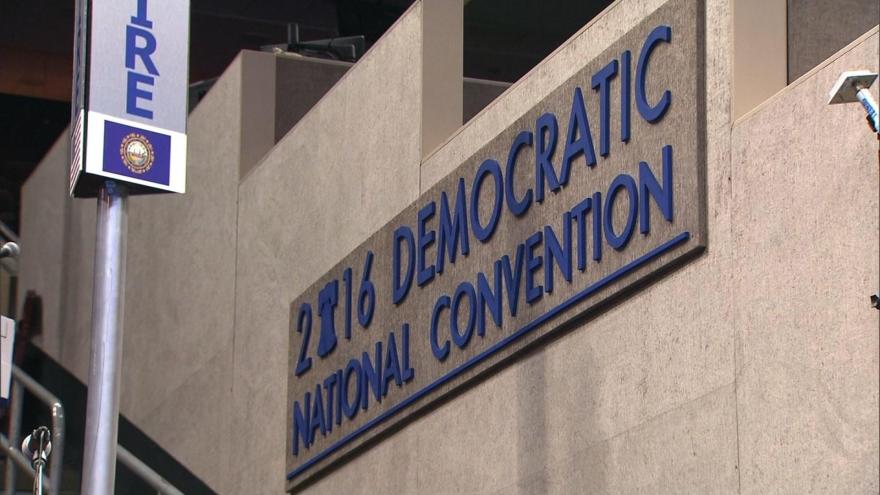 (CNN) -- The FBI and Justice Department are investigating a computer hack of Hillary Clinton's presidential campaign in addition to its examination of intrusions of other Democratic Party organizations, two law enforcement officials said Friday.

The campaign said in a statement that its internal systems were not compromised.

"An analytics data program maintained by the DNC, and used by our campaign and a number of other entities, was accessed as part of the DNC hack," said Clinton campaign spokesman Nick Merrill. "Our campaign computer system has been under review by outside cyber security experts. To date, they have found no evidence that our internal systems have been compromised."

The campaign intrusion is the latest in a series of Democratic party organizations who have had system breaches that are being investigated -- including the DNC and the Democratic Congressional Campaign Committee (DCCC).

The Justice Department's national security division, which was already investigating the DNC intrusion, is handling the investigation because of the believed similarities, one of the officials explained.

There is strong evidence indicating the cyber intrusion of the DNC was the work of hackers working on behalf of Russian intelligence, US officials said this week.

The alleged intrusion was first reported by Reuters.

A person familiar with the Clinton campaign program described it as essentially a dynamic voter database -- with voter participation, voter contact information and voter files that all campaign organizations use. It's a list -- but a dynamic one with key voter data.

A Clinton aide said the hackers had access to the analytics program's server for approximately five days. The analytics data program is among many systems accessed to conduct voter analysis. It does not include social security numbers or credit card numbers.

The aide noted further that according to the campaign's outside cyber security expert, the hack of this analytics data program could not have resulted in access to Clinton campaign internal emails, voicemails, computers or other internal communications and documents. Those are completely independent systems.

The DCCC, which is the political arm for House Democrats, confirmed Friday it had been the subject of a cyberhack, raising the possibility that alleged Russian hackers might have breached a much broader swath of Democratic records than originally thought.

On Friday afternoon, Sen. Dianne Feinstein of California, the ranking Democrat on the Senate intelligence committee, said Russians look to be the culprits, pointing to comments by Director of National Intelligence James Clapper the prior day.

"As Clapper said last night, all the evidence isn't in yet, but it's certainly the way it looks," she told CNN's Wolf Blitzer on "The Situation Room."

A spokeswoman for the DCCC said Friday that the committee has been advised by investigators that the hack is similar to the DNC breach.

"The DCCC can confirm that we have been the target of a cybersecurity incident. Upon discovering the issue, we immediately took action and engaged with CrowdStrike, a leading forensic investigator, to assist us in addressing this incident," Meredith Kelly, spokeswoman for the DCCC, said in a statement. "The investigation is ongoing."

The series of cyber breaches over the past 18 months have targeted political entities that support Democrats, the official said.

"If they wanted to get into a system, they got in," the official said.

The FBI's chief of cyber investigations James Trainor told CNN in an interview recently that hackers have targeted political party entities and think tanks in Washington.

The official said there is a long list of intrusions that the FBI and other agencies are investigating.

The Russians have denied any involvement with the DNC hack, but federal investigators suspect hackers in the country have accessed the information. And Democrats believe they have been leaked in the middle of a contentious election year to help Donald Trump.

"The DCCC takes this matter very seriously," Kelly said. "With the assistance of leading experts we have taken and are continuing to take steps to enhance the security of our network in the face of these recent events. We are cooperating with the federal law enforcement with respect to their ongoing investigation."

Hacking has become a major flashpoint in the presidential race. Revelations about targeting the Clinton campaign come as both nominees are set to begin receiving national security briefings.

Asked if she was ok with Republican nominee Donald Trump receiving such information, Feinstein said, "Well, it will be interesting to see if he can keep a secret."

Trump earlier in the week drew criticism for appearing to suggest that Russia should use espionage to find Hillary Clinton's deleted emails.

The GOP nominee later tried to walk back the comments.

"Of course I'm being sarcastic," Trump said in a Fox News interview that aired Thursday, after his comments at a news conference in Florida sparked a national furor and offered ammunition for Democrats who claim he's not fit to be president.

This story is being updated as information develops.

CNN's Jeff Zeleny and Brianna Keilar contributed to this report.