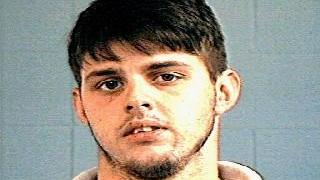 You may have heard me mention that Michiana Crime Stoppers is a donor-funded program that serves 12 counties in northern Indiana and southwest Michigan.

There is a scary number of fugitives that are wanted for child molestation, an offense that has a very high recidivism rate.  In other words, there is a huge risk that other kids are being molested.  For instance, Terry Waugh has been avoiding capture for several years for charges of child molestation and is being sought by area police and U.S. Marshals.

Tips to Crime Stoppers play a huge part in assisting to locate these individuals.  In fact, these tips are so valuable that Crime Stoppers has doubled the standard reward of $100 to $200, cash which can sometimes be claimed within an hour of the arrest.

Photos of many area fugitives can be found on our website, and on most county law enforcement websites.  Unfortunately, those posted only represent a small portion of people wanted on warrants throughout Michiana.  We'll pay cash rewards for tips leading to any felony arrest, whether we feature the case or fugitive, or not!