Festivities under way for Four Winds Invitational in June 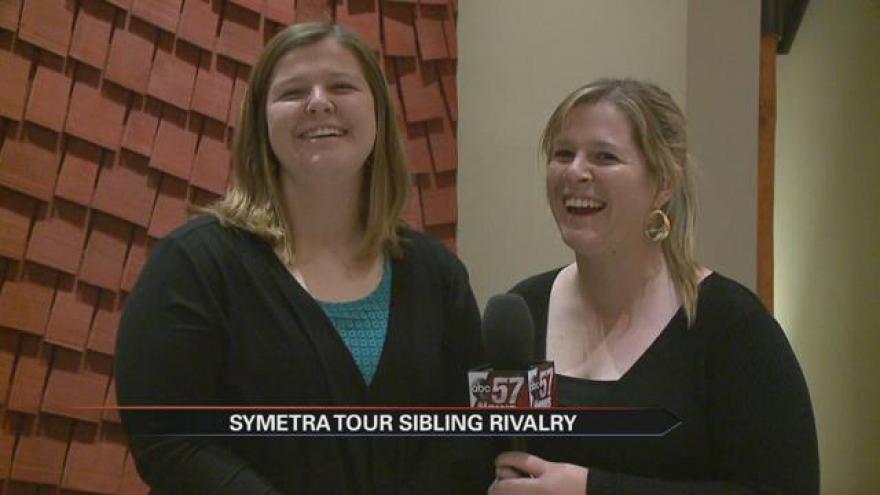 You know spring is nearing, when festivities are under way for the Four Winds Invitational.

This year's tournament promises some fresh faces and veterans alike and a Symetra Tour sibling rivalry.

Alyssa Ferrell and younger sister Brooke are three years apart, but share a similar love for the game of golf.

That sibling bond, however, becomes a sibling rivalry in 2017.

"Once we do play each other professionally it's all fun and games. It'll be fun," said Brooke.

Brooke joins her older sister on the Symetra tour this year, and both hope to play in the 6th annual Four Winds Invitational

“This event is one of my favorites on tour, especially with the donation to the Memorial Children's hospital,” said Alyssa.

Tim Firestone is the Owner of Blackthorn Golf Club, the host for the 6th consecutive year.

“We've been very fortunate. All five of our winners have gone on to play the LPGA tour and fulfilling their lifelong dream of playing at the highest level possible,” said Firestone.

The sisters are hoping to have as much success as some of the past winners of this tournament.

In the tournament’s first five years, proceeds have totaled more than $349,000, thanks in large part to the Pokagon Band of Potawatomi Indians and its Four Winds Casinos.

Frank Freedman is the COO of Four Winds Casinos.

“This year it continues to grow and highlight South Bend. I think that's a really great thing. It's bringing more and more national attention to the South Bend community,” said Freedman.

The Ferrell family ties may be strong in February, but come June, the scorecard could separate these sisters.

But for now, this pairing will settle on par for the course.

The Symetra Tour officially released the 2017 schedule, and the 6th annual Four Winds Invitational will be held June 9 - 11th, Father's