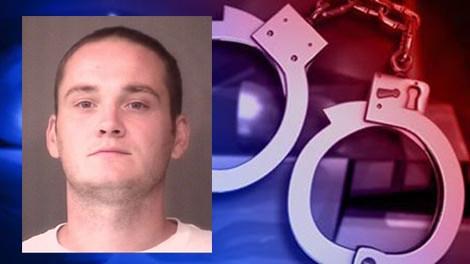 A Warsaw man has been charged in relation to the murders of Tara Thornburg and Joshua Knisley on February 19 in Syracuse.

Brandon Woody, Kyle Dehart and Thomas Hursey have been charged in the murders.

Kyle's girlfriend Ashlyn Shepard has been charged with one count of obstruction of justice.

According to the probable cause affidavit, Thomas Hursey told police he, Brandon Woody and Kyle Dehart went to Thornburg's house with the intention of stealing her marijuana.

Both Brandon Woody and Kyle Dehart were wearing gloves.

Hursey said they took a bag with a utility knife and tape with the intention of using the tape to restrain Thornburg and use the knife to slit her throat.

She allegedly didn't believe him and put her hand out for the marijuana to be returned.

The three left the residence in Kyle's  car and Woody said he shot Knisley.

Hursey said they all went to the home of Kyle's parents, Scott and Joan Dehart in Kosciusko County.

According to Hursey, around 5 a.m. on February 19th, Joan Dehart woke him and Kyle up and said police were looking for Woody and that it was all over the news. She asked where Woody was.

They said Woody was sleeping downstairs and Joan allegedly said she heard them come in and would be their alibi. She then left the house with Brandon Woody.

Fifteen minutes later, Hursey said he and Kyle Dehart drove to the Eastgate Apartments in Warsaw and Woody was in the parking lot.

Kyle Dehart and Brandon Woody were arrested on February 19th.

Hursey was charged with two counts of murder and a charge of aiding, inducing or causing robbery with serious bodily injury.

He was taken to the Kosciusko County Jail on March 2 on a parole violation.

He is being held with no bond.