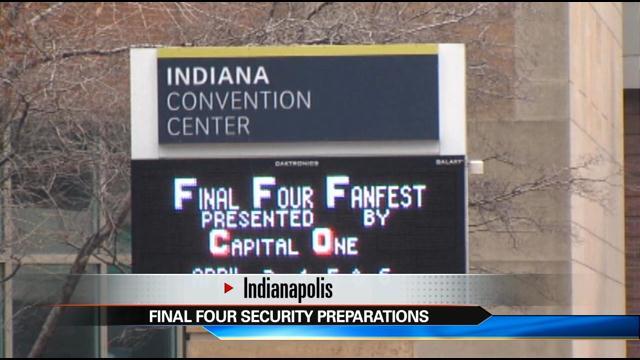 Preparations are underway right now in Indianapolis for the 2015 NCAA Men's Final Four.

The final dance is set to happen this weekend in the Circle City.

A large number of fans are expected to be in the city, but police are also preparing for a large group of protesters.

Demonstrations against the Religious Freedom Act are expected to pop up as national media outlets arrive for the big games.

"What we typically do on protests is reach out to organizers, get in front of it, monitor the social media," said Dep. Chief Mike Bates of the Indianapolis Metro Police Department. "If they want to march, that's fine. We'll have undercover officers with them, we'll have unformed officers to block traffic. We'll block traffic streets, we'll reroute traffic if we need to do that."

Police say they want this weekend to be full of family fun, but they also realize protests will happen.

The first Final Four game is set for Saturday at 6:09pm at Lucas Oil Stadium.

The second game will be number-one seeds Kentucky and Wisconsin.

The winners will play in the Championship title.