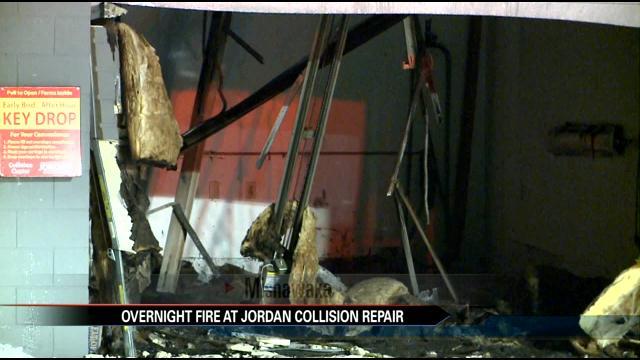 The Mishawaka Fire Department responded to a fire at Jordan Collision Center on Jefferson and North Cedar streets early Saturday.

Firefighters and management says no cars were damaged and no one was injured.

The call came in just before 1:00 a.m. Saturday morning. When firefighters arrived, smoke and flames were coming from the front of the building.

No one was in the building at the time. The fire mostly stayed in the front area of the building.

“In the front of the building here we had a fire smoke and flames coming out of the front overhead door it was mostly contained to the one room spread a little bit. It was all block walls so it was contained to that area,” says Captain David Pierce of the Mishawaka Fire Department..

The Fire Marshal is investigating the cause.
Share this article: