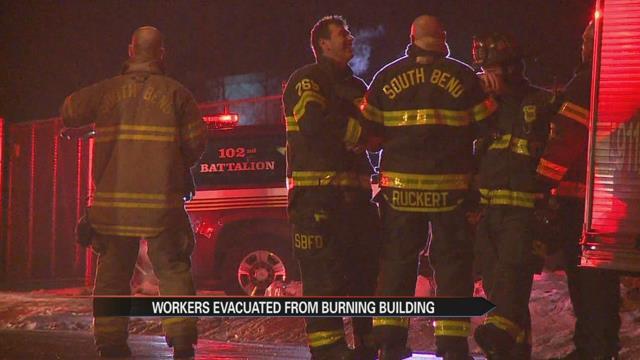 A South Bend business was evacuated Thursday night after a fire started while employees were working inside.

Everyone made it out safely and fire crews were able to put out the fire just after 9 p.m.

Bluewater Thermal Solutions employee Travonn Fennessee say he and the other employees attempted to put out the fire themselves before crews arrived.

“I saw that our machine was on fire and so I informed the supervisor and we all went over there to see what had happened and it was just like glowing orange like up to the ceiling and we started grabbing fire extinguishers and we were trying to put it out but we couldn’t put it out,” said Fennessee.

When crews arrived on scene they say a concern was dealing with the hazardous materials used at the business.

“Once the power was shut to the unit and once we were able to actually shoot the dry chem up from the low and from above it was able to extinguish it,” said South Bend Fire Chief Carl Buchanon.

Chief Buchanon said the fire does not appear to be suspicious.