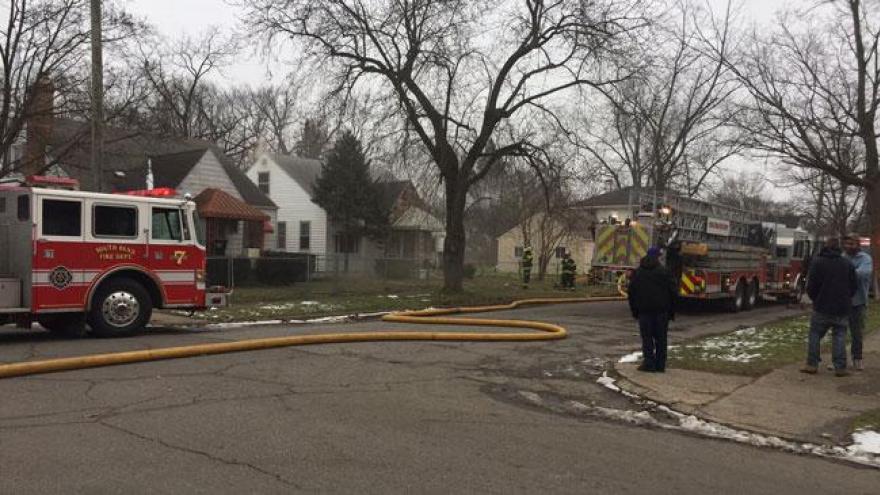 Nobody was injured, but the home was left severely damaged.

The South Bend Fire and Police Department got the call around 2:20 p.m.

A large response helped contain the fire quickly, and crews were seen investigating the cause just after 3 p.m.

The battalion chief said he's not sure anyone even lives in the house, because the back portion of it was boarded up before the fire started.

"We had flames coming out of the back side and heavy smoke throughout the house," South Bend Fire Battalion Chief Nick Tekler said. "Crews did a quick knockdown; did a quick search; didn't find anybody inside."

The cause of the fire is not yet known, and the chief said it was too early to tell if the fire was suspicious.