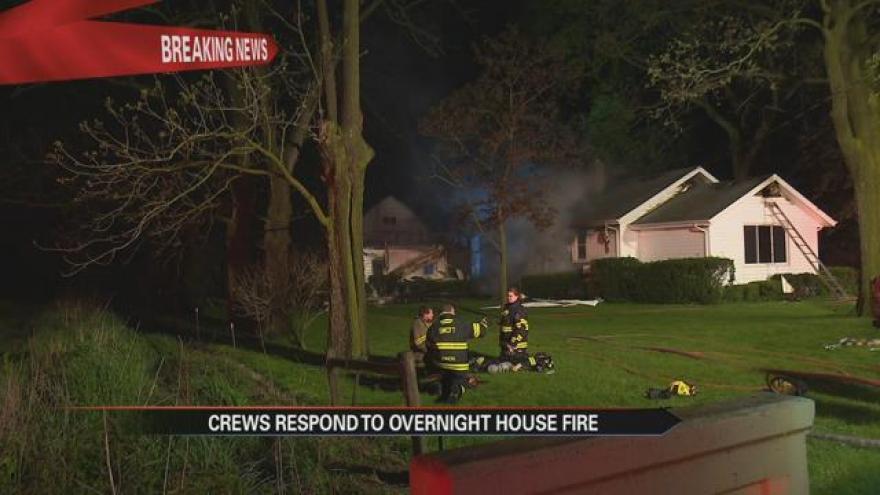 Inwood Road in Osceola was lit up by multiple fire units Sunday morning after a house broke into flames.

According to Battalion Chief of Penn Township, Al Kirsits, after investigation the cause was lightening.

The call came in minutes after 1:30 a.m.  as a report of a house fire. According Kirsits, the call reported smoke was only visible, but as firefighters were en route flames started coming through the roof and out of the back of the house.

Kirsits says the house was struck by lightning earlier in the evening on Saturday. which later sparked this fire.

16 fire apparatuses and four command vehicles were used to control the fire. The fire was under control as of 3 a.m. Crews were just working on extinguishing hot spots after that.

The wind was not in their favor this morning as it made things more difficult!

“This ranged from a basement fire all the way up through the walls to the attic and including the rear of the structure the fact that it was wind driven really pushed it,” said Kirsits.

The garage had collapsed before they arrived.

The homeowner was home at the time and a neighbor, who helped, was taken the hospital after suffering from chest pain. But there were no injuries associated with this fire.