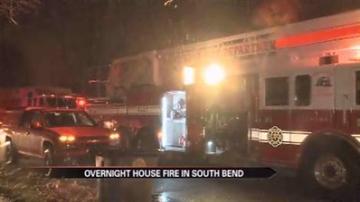 Firefighters said that no one was at home at the time the house caught fire and they were able to save the home from burning to the ground.

When crews first arrived on scene said they saw heavy smoke coming out of the roof.

They immediately rushed in and got to work on the fire.

According to Battalion Chief Chris Barker, most of the fire was isolated to the first floor.

The owner was notified and was called to the scene.

Investigators were still trying to figure out how the fire got started.