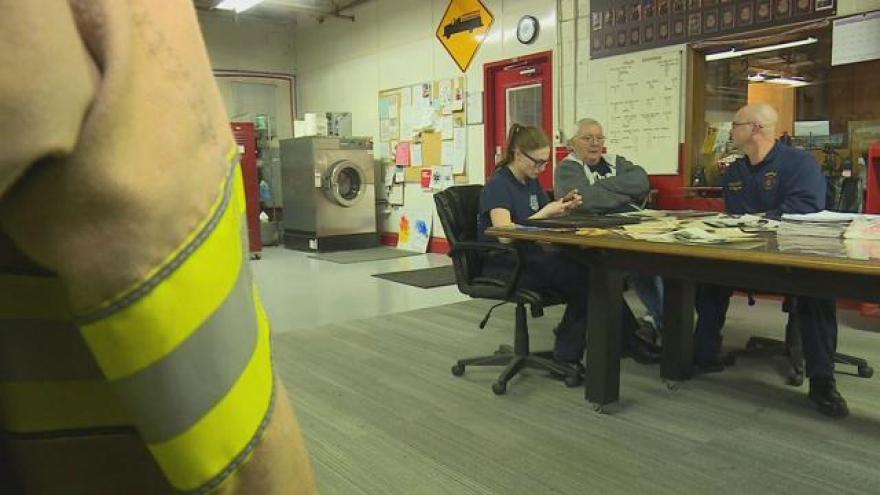 Members of one family have been putting their lives on the line for five generations with the Osolo and Elkhart fire departments. Three of them sat down with ABC 57’s Jess Arnold in time for the Elkhart Fire Department’s 150th anniversary.

“To me it was kind of just following in my dad’s footsteps and just helping people,” said fourth generation firefighter who volunteers for the Osolo Fire Department, Timothy Sigsbee.

Five generations of Sigsbees have served the Elkhart and Osolo fire departments for decades.

“It’s definitely something you really want to do or feel you have to do. I think it takes a special breed to be a firefighter,” said third generation retired Elkhart firefighter, Tom Sigsbee.

This year, the Elkhart Fire Department is celebrating 150 years of people catching the bug and helping the community.

“It’s a proud thing for my family to know that I come from a long line of people that were there to help people,” said Tim Sigsbee.

To honor that anniversary, the last three living generations, Tim, his great-uncle Tom, and his daughter Olivia, are reminiscing about their family’s legacy.

“I do believe my grandfather literally saved a cat from a tree,” said Olivia Sigsbee.

This father—daughter duo enjoys putting on their gear side-by-side, but they never expected to be doing that.

“Never in a million years would I have thought I would be doing this,” said Olivia.

“Just to have her follow in my footsteps is just a special thing. I enjoy seeing her come down here, and having her put her gear on,” said Tim.

Olivia is the first female firefighter in her family.

“She will just do and do until she gets it,” said Tim.

“One of my catch phrases is you can do anything with adrenaline and determination,” said Olivia.

As she pulls herself up by the bootstraps, she hopes the next generation of Sigsbees will follow suit.

“I feel like I could inspire future generations of my family to do it also,” she said.

Olivia has been thinking about trying to bring the Sigsbee legacy back to Elkhart by applying to be a paid firefighter there next year.

Right now, she volunteers at Osolo, which Tim says is hurting for volunteers.